Ben Stokes fell prey to an audacious reverse-sweep of pacer Kemar Roach - who finally got his first wicket of the series after 521 balls. 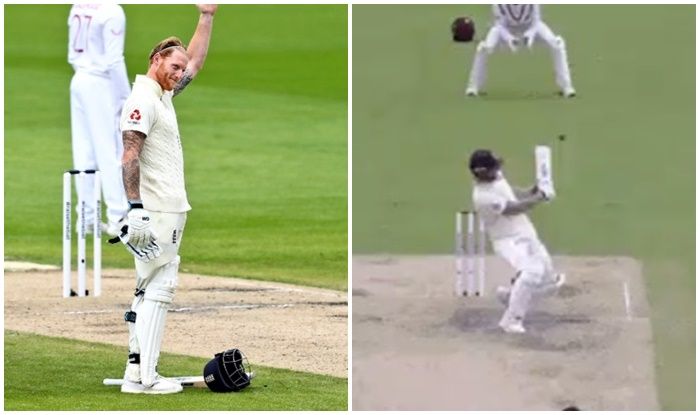 Ben Stokes hit a brilliant 176 off 356 balls to help the hosts take the driver’s seat at the end of Day 2 of the second Test at Old Trafford, Manchester. It may have been one of his slowest hundreds, but he played some classy strokes en route to his 10th Test ton against a quality fast-bowling attack. But, it was his strange dismissal that caught the eye of the Twitterverse, who reacted after he fell prey to an audacious reverse-sweep of pacer Kemar Roach – who finally got his first wicket of the series after 521 balls.

It was the 71st over of the English innings and Stokes decided to something out of the ordinary, falling 24 runs short of his second double hundred in Tests. It came of Stokes’ glove and wicketkeeper Shane Dowrich made no mistake in collecting the ball, to send him packing.

Here is how Twitter reacted to the bizarre shot:

That was a bad shot selection from Ben Stokes 🙁🙁

When you keep attempting the reverse sweep just for the sake of it, you deserve to get out

BEN STOKES DESERVED TO GET OUT THERE#ENGvWI

Everything that Ben Stokes does has to be spectacular.

In his slowest hundred ever, he gets out playing a reverse-sweep off a fast bowler.#ENGvWI

After Ben Stokes’ 176, which was part of an epic 260-run partnership with Dom Sibley, Dom Bess and Stuart Broad added 42 for the last wicket before the hosts declared.

West Indies lost opener John Campbell and at stumps, they were 32/1 with Kraig Brathwaite in the middle with night watchman Alzarri Joseph. 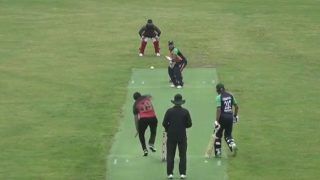