Engineer lashes out at Fletcher after India's drubbing

Engineer lashes out at Fletcher after India's drubbing

Former Indian wicket-keeper Farokh Engineer has lashed out at coach Duncan Fletcher for his inability to guide the team during the recently-concluded Test series in Australia. 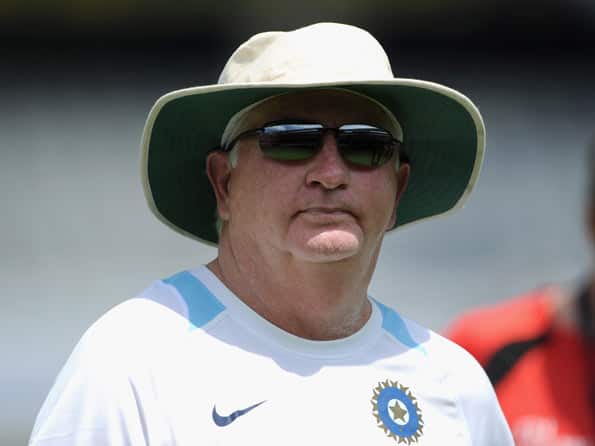 Former Indian wicket-keeper Farokh Engineer has lashed out at coach Duncan Fletcher for his inability to guide the team during the recently-concluded Test series in Australia.

Engineer was quoted in MiD Day as saying, “Duncan Fletcher is the most useless guy. I would kick him out first. I was never in favour of him coming in as coach. I knew he was never going to make a difference. The guy has no personality, he doesn’t communicate properly.

“When you don’t do that well, how are you going to get the best out of the players? I’ve heard this from players who worked with him when he was coach of England. Very few had good things to say about him. “

India lost the Test series in Australia 4-0 after being whitewashed by England by the same margin. Engineer feels he was shocked by India s abject surrender yet again.

He said, “I expected India’s Test series defeat to Australia after the dismal performance in England. India had to go back to the drawing board after the England tour and I don’t think the effort was made to do that.

“What I didn’t expect was the humiliation in Australia. The opposition is nowhere near the Australian team of the past. At best, it’s a pretty decent outfit. Peter Siddle and Ben Hilfenhaus are not world-class bowlers by any chance. “

The former wicket-keeper feels the Indian batsmen let the whole team down during the series.

“Our batsmen’s technique let them down. They kept committing the same mistakes and this happening with the Big Four (Virender Sehwag, Sachin Tendulkar, Rahul Dravid and VVS Laxman) was surprising. It is time to bring in younger players like Rohit Sharma,” he said.”However, there is no need to panic. There is no need for wholesale changes. We are not a bad team. We are good but we are just not performing and the cracks are getting larger and larger.”

Engineer was also disappointed with Indian captain MS Dhoni s skills behind the wicket. He said,” Mahendra Singh Dhoni has been disappointing. His wicketkeeping was pretty awful in England and I don’t think there was any improvement in Australia during the Tests. And his batting seems to have gone. He has been worked out.

“He’s never had any technique in batting and wicketkeeping. Your eye may be good, but your technique is most important especially in the longer format of the game.”

We deserved to win the England series, says Abdul Rehman