Former Australian legends Steve Waugh and Glenn McGrath believe that the current England side have been impressive and can become world beaters in coming years. 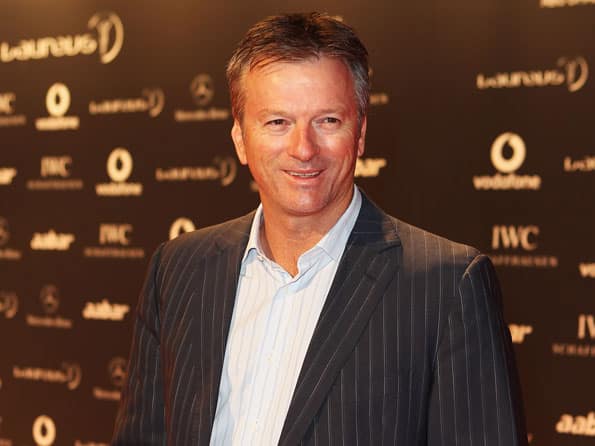 Former Australian legends Steve Waugh and Glenn McGrath believe that the current England side have been impressive and can become world beaters in coming years.

England beat India in a four match Test series to claim the number-one Test ranking for the first time in 32 years.

“It has been an interesting time, especially with the way England have played. I think England have a great bowling attack and when you have that, it gives you a lot of confidence and they deserve to be number one,” McGrath said.

“Now, I think it’s about consistency and longevity. If they can keep the same team together then they’ll be tough to beat,” he added.

“I always had a lot of respect for Jimmy and I always thought he was a quality bowler. He is now showing he can bowl in conditions outside of England which is great. It shows he’s developing into the quality bowler,” the fast bowler said.

“Now he has Tim Bresnan, Stuart Broad and Chris Tremlett bowling with him and they’ve been great. Those fast bowlers along with Graeme Swann are working well. When you have the same bowling attack game after game it really does fill you with a lot of confidence. To me, that is the reason why England are number one,” he added.

Waugh said, England’s Ashes win over their rivals Australia gave them the added impetus to achieve the top ranking.

“You could see it coming for about the last 18 months, they are a quality professional side, who want to dismantle the opposition, win as quickly as they can,” Waugh said.

“Definitely they are the best Test playing side in the world. South Africa are not too far behind and I think Australia will come back pretty quickly as well.”