England will kickstart life beyond Kevin Pietersen with ECB opting for a new team ethic.

England will play their first major match since the controversial decision to call time on Kevin Pietersen‘s international career when they face West Indies in the first of three One-Day internationals (ODI) in Antigua.

English cricket is still coming to terms with the decision to dispense with the services of the national side’s all-time leading run scorer across all formats.

There is a sense that former England wicket-keeper Paul Downton, now the England and Wales Cricket Board’s (ECB) managing director and Test captain Alastair Cook, rested from the Caribbean series, know they will be judged on the team’s results and so would not be as perverse to ‘cut off their nose to spite their face’ by prematurely ditching a world-class player.

It is significant that England have not cited form or fitness as a reason for axing Pietersen but rather a harder to pin down need to “rebuild the team ethic” following a 5-0 Ashes thrashing in Australia.

England will also play three Twenty20 internationals (T20I) against the West Indies, the reigning global champions in cricket’s shortest international format, in Barbados on this trip ahead of next month’s ICC World T20 2014 in Bangladesh.

It was in the Caribbean four years ago that England won their lone global limited overs title when, with Pietersen finishing as the man of the tournament, they took the ICC World T20 2010 title. 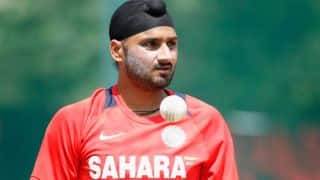