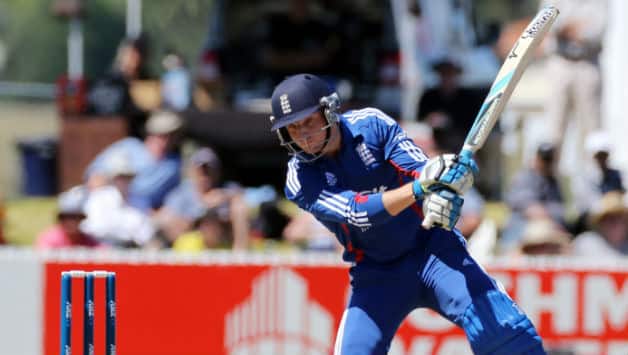 England lost their second Twenty20 warm-up game when a New Zealand XI snatched a three-wicket victory off the last ball in Whangarei.

A defiant 64 off 38 deliveries by Tom Latham and a final swipe to the mid-off boundary by Matt Henry denied the tourists back-to-back wins after England won the opening game by 46 runs.

Sent into bat first, England made 170 for five, largely through a batting master-class by Eoin Morgan (51) and Jos Buttler (51 not out), who put together a fifth-wicket partnership of 87 in 50 deliveries.

Michael Lumb was the only other serious contributor to the scoreboard with 45.

Hamish Rutherford (30) and Anton Devcich (33) made a brisk start to New Zealand’s reply, reaching 58 in less than seven overs before Samit Patel dismissed Rutherford bringing Latham to the crease.

Latham had a horror start to the match when he dropped a sitter of a catch in the second over, but he showed no sign of nerves with the bat, putting together a confident 64 before falling in the penultimate over.

After New Zealand had reached 162 for four with two overs remaining, Latham was the first of three wickets to fall for the addition of only four runs in the space of six deliveries as England threatened an unlikely comeback.

In a tense final over, however, New Zealand held their nerve with Henry clouting Jade Dernbach over the rope for the winning run off the final ball.

The first T20 international between England and New Zealand will be in Auckland on Saturday.

IPL organisers planning to have three-day inauguration for 2013 edition