England pacer James Anderson reveals he spend an hour daily to visualise his bowling tactics everyday, but he also gets nightmares of being smashed for boundaries by Australia batsmen, a few days before the highly-anticipated Ashes series begin. 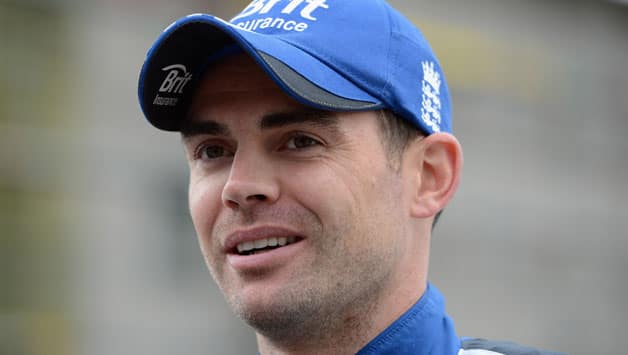 England pacer James Anderson reveals he spend an hour daily to visualise his bowling tactics every day, but he also gets nightmares of being smashed for boundaries by Australia batsmen, a few days before the highly-anticipated Ashes series begin.

Anderson told the Daily Mail: “I’m being smashed for four. All kinds of shots by unrecognisable batsmen, but the end results are always the same. The ball gets hit quickly to the boundary.”

“The weird thing is that it is not always on a cricket field, either. It can be in a park, in a garden or even in a street. I wouldn’t call it a rare occurrence. It happens regularly in my sleep and when I wake up I’m genuinely frustrated because I can remember so vividly the ball I bowled and the shot that was played,” he added.

Anderson revealed his preparation method for bowling to the Australian batsmen in the upcoming series, and says visualisation is a very important aspect of his plans.

“Visualisation has become an important weapon. I will spend an hour a day sitting in my room just by myself imagining the perfect ball bowled at every Australian named in the team opposing us next week,” Anderson revealed.

“I’ve obviously done a lot of homework on them all in any case, either by myself or with the coaches and captain,
but what really helps is visualising the ball that I think will get each batsman out.”

“Actually there is more than one ball that does this. I visualise different scenarios where maybe the batsman has just come in or, alternatively, he is very well set. I can see the field set and I play out everything from the moment I receive the ball walking back to my mark, to the moment the umpire’s finger is raised. This way it means that when faced with any situation out on the field I have already played it in my mind,” England’s No 1 pacer with 307 Test scalps to his name said.

The 30-year-old England pace spearhead also added that music has been an integral part of his side’s preparation methods, and he is also ‘talking’ at the London headquarters of Nordoff Robbins — a music therapy charity for changing the lives of vulnerable children and adults who have challenges of autism, dementia, depression and learning disabilities.

“My testimonial chairman last year introduced me to the charity and once I’d done a bit of research I knew this was something I wanted to get involved in,” he said.

“I don’t have the kind of problems those at the charity help, but I’m very moody and have always turned to music to help me. There’s no rhyme or reason for my moods. Sometimes they can be for a morning, other times they can be all day. I spend more time with my team-mates than with my wife and they know when it’s best to just leave me alone,” he added.

Talking about music, Anderson said: “Music is as important to me as sport. As a kid I grew up listening to the Beautiful South and OMD my parents used to play in the car. In the Nineties it was all about the Manchester scene, with the Stone Roses, Oasis, Happy Mondays and the Charlatans.”

“Then, when I started to play for England, I’d sit in my hotel room on tour next door to Mark Butcher and listen to him playing his guitar and singing. That’s what got me into learning both guitar and piano. I use this as another method to relax,” he added.

Anderson also revealed that England bowling coach David Saker and team psychologist Mark Bawden used the music therapy as a tool for the players to spend long hours away from home, during their tour of New Zealand earlier this year.

“We decided to draw up a list of our personal favourite No 1 songs from 1966 to the present day and then meet to discuss and argue the toss,” he said.

“We could be here all night talking about it and I’d be more than happy to do so.’ Or, indeed, to chat about his love of films. ‘We have a film club in the team and usually five or six of us — me, [Graeme] Swann, [Matt] Prior, [Steven] Finn, [Stuart] Broad, [Jonny] Bairstow — make a point of going to the cinema before each Test,” he added.