England are heading towards another harrowing defeat.

Chasing a humongous target of 196 to win the the final Twenty20 International (T20I) against Australia, England have already lost four wickets for just 77 runs inside 11 overs. Openers Alex Hales, Luke Wright and No 3 Ben Stokes lost their wickets without even reaching double figures.

Joe Root, coming in at No 4, also didn’t last long, as he departed for 11 off 21 balls. The batsmen at the crease now, Eoin Morgan and Jos Buttler will have to play out of their skins to get the visitors anywhere close to the target.

Earlier in the day, George Bailey’s power hitting lifted Australia to 195 for six in 20 overs.

Australia have already wrapped up the series, but would aim for another cleansweep in the T20 series. 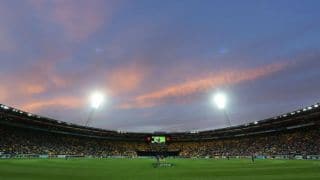 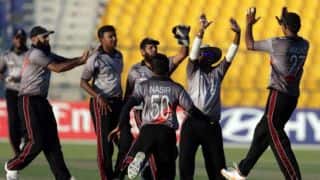