Ian Bell has backed England's policy of rotating their bowlers in a bid to combat the draining effects of a gruelling international schedule. 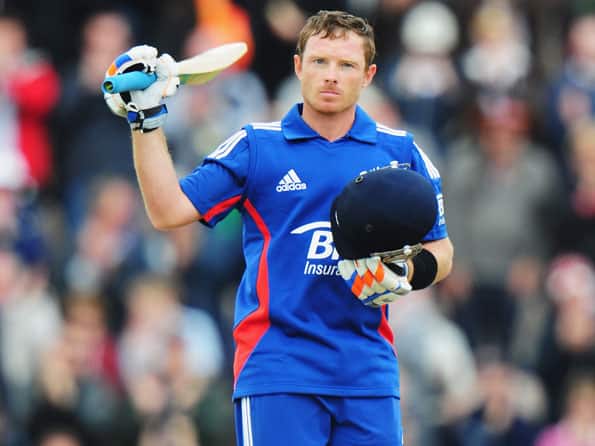 Ian Bell has backed England’s policy of rotating their bowlers in a bid to combat the draining effects of a gruelling international schedule.

With the one-day series against the West Indies already won with a match to spare, England’s selectors have opted to rest three of their leading bowlers, Stuart Broad, Tim Bresnan and Graeme Swann, for Friday’s final fixture at Headingley.

It is not the first time this year that England coach Andy Flower has taken precautions to avoid his squad suffering from burnout.

Broad and James Anderson missed the last Test against the Windies at Edgbaston earlier this month after the series was wrapped up.

Lancashire pace bowler Anderson wasn’t completely happy to be forced out of action.

But England batsman Bell is convinced his side must continue tinkering with their line-up to ensure the likes of Broad, Bresnan and Swann — the only three remaining English regulars for Tests, one-day internationals and Twenty20 — are fresh heading into the forthcoming limited overs matches against Australia and the Test series against South Africa.

“There’s a heavy schedule coming up. We need to look after these guys,” said Bell, who has scored a century and a half-century in England’s last two victories over the Windies.

“There’s this big series against Australia coming up, and South Africa after that.

“The key to our success in one-day cricket is having five out-and-out world-class bowlers.

“So if we want to beat the Australians, we want these guys fit and fresh and ready to go.

“For the three guys who play in all three forms of the game it’s going to be crucial.”

Young pace bowler Stuart Meaker, all-rounder Chris Woakes and spinner James Tredwell have been called up to the squad in place of those who will be sidelined at Headingley.

And Bell claims the chance to give big-match experience to England’s understudies is just as important as resting the established stars.

“It’s a good option to let them have a bit of a breather and it gives an opportunity to the likes of Meaker, Woakes and Tredwell,” Bell said.

“When I played for the Lions, Meaker is genuinely fast – so it will be exciting to see him have a go.

“Looking down the line, at World Cups and Champions Trophies, it’s great to give these guys an opportunity and gain more experience.

“It has slightly weakened our attack, but I still think it is a team that can go out and beat West Indies.

“There’s no doubt people want to come to see the Broads, Andersons and Bresnans.

“But they will be seeing young, exciting guys who will be big players for England over the next few years.”

However, Bell, whose one-day career has been revived thanks to Kevin Pietersen’s exit, has no desire to rest and has told the selectors he would prefer to play on as he tries to cement his place.

“For me, the more I play the more I learn,” he said. “Going into the Pakistan series, we’d had two or three months off and I felt I’d lost my rhythm completely.

“It’s out of my control if Andy was to give me a game off. But personally if I’m out in the middle scoring runs, I want to stay scoring runs.” (AFP)