Since he made a century on Test debut in India in December 2016, Jennings has crossed 50 just once.

Ed Smith, the national selector, has put his weight behind struggling England Test opener Keaton Jennings, who is averaging 18.11 in five matches against India this summer.

Since he made a century on Test debut in India in December 2016, the left-hand batsman has crossed 50 just once but Smith, with Alastair Cook s retirement and a lack of options for the ECB selectors, backed Jennings to make the trip to Sri Lanka this winter.

“We have to look at the opening position after Alastair’s retirement so we will have a full and open conversation about all the options,” Smith told Sky Sports ahead of day four of the fifth Test at Kia Oval. “But in the analysis of this summer I think it has been misunderstood the extent to which the ball has moved extravagantly. I have never seen the ball swing and seam as much as it has done this summer and some of the pitches have turned as well. That has to be taken into account.

Smith s comments on Jennings come after former England captain turned TV analyst Nasser Hussain expressed his opinion that the opener s latest failures at Kia Oval should rule him out of this winter s tour to Sri Lanka.

However, Smith was of the view that Jennings should not entirely be judged on his success at home this summer.

“Some of the people who have dropped out of the side have had a full year of international cricket before that decision was made, some of which pre-date me, said Smith, who played three Tests for England. “I would say Keaton has had a very tough reintroduction to Test cricket and that should be taken into account as we move forward.” 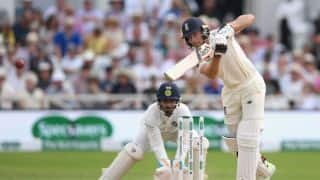 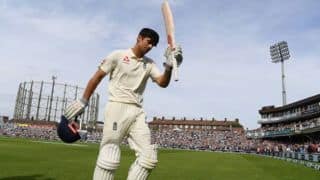