After Ben Foakes recorded a hundred on debut, Sri Lanka were reduced to 42 for 4 at lunch on Day 2.

Ben Foakes became the 20th English cricketer to score a century on Test debut that helped England consolidate their position in the first Test against Sri Lanka in Galle. Foakes’ maiden ton lifted England to 342 before Sri Lanka’s top order crumbled against visitors and they were left in all sorts of trouble on 42 for 4 at the lunch interval on the second day. They trail England by 300 runs.

Foakes, resuming the second day on 87, had added just seven runs when Jack Leach was removed by Dilruwan Perera to complete his five-wicket-haul. With last man Anderson in, Foakes decided to the take the aggressive route and brought up his century, becoming just the second English wicketkeeper after Mat Prior to bring up a century in maiden Test.

The celebrations were short lived as Foakes was the last England wicket to fall, but he had done his job of getting England to a total they would have liked to. If that wasn’t enough, the bowlers ensured Foakes’ effort did not go in vain. The first ball of the innings went for a boundary, but Anderson struck off the second to give England an early breakthrough. Dimuth Karunaratne edged the ball and Foakes was once again in action, plucking a catch that resulted in the batsman’s dismissal.

His opening partner Kaushal Silva was the next to depart. Sam Curran foxed him with a series of outswingers before he let one come back in for the batsman to be given out leg before wicket. Joe Root turned to spin as early as in the seventh over and the move worked. Jack Leach had Kusal Mendis come forward and edge the ball to Ben Stokes at first slip. Sri Lanka’s hopes of heading into the lunch interval without any further damage took a severe hit when Silva, having looked at ease, was the fourth Sri Lanka batsman dismissed 10 minutes before the break. 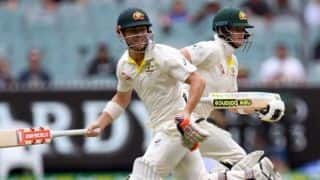 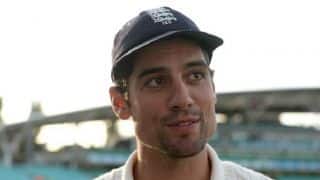