England are in line to tag on two additional Twenty20 matches against the West Indies to the end of an already packed home season. 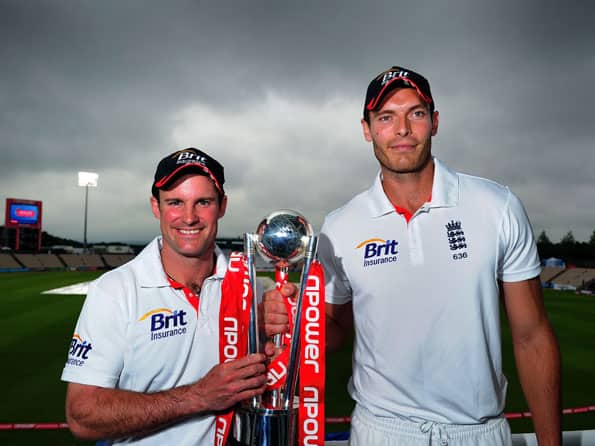 England are in line to tag on two additional Twenty20 matches against the West Indies to the end of an already packed home season.

They are also set to play additional one-day matches away to Pakistan, either in the United Arab Emirates or Sri Lanka, where they face the islanders in two Tests from March until early April next year.

The extra West Indies games, which are set to follow home series against both Sri Lanka and India, come in a bid to fulfil broadcast obligations.

The ECB face a problem honouring a deal with satellite station Sky, signed in 2008, that is worth some 260 million ($421 million).

That was intended to include a Stanford Super Series every November.

However, American businessman Allen Stanford was arrested and accused of being behind a $7 billion ( 4.3 billion) fraud in 2009. He is now in jail and due to stand trial in New York on September 12.

“We have a contractual commitment to Sky and BBC,” explained Clarke, who added the West Indies matches could help the development of newly-appointed England Twenty20 captain Stuart Broad ahead of the team’s defence of their World Twenty20 title in Sri Lanka next year.

“We have said we are interested in more preparation for the Twenty20 World Cup. The new captain would benefit from more opportunity to captain.”

“It is important to try to redress the balance economically of their game. It is important West Indies cricket is financially successful. We are not looking at these games as vast money-spinners for English cricket.”

England Test captain Andrew Strauss, who has retired from limited overs internationals, said his team-mates would cope with the additional workload.

“It’s a difficult situation for the ECB with the contract with Sky — but as players, we deal with what’s thrown at us,” he said after leading England to a 1-0 Test series win against Sri Lanka after the third and final match of that campaign ended in a draw at the Rose Bowl here on Monday.

Meanwhile England also released a preliminary schedule for their off-season tour programme featuring three Tests against Pakistan and an unspecified number of one-day internationals, possibly as many as five, in January and February.

England are also due to travel to India in October to play the world champions in five one-day internationals and a Twenty20.

That would give England a combined northern hemisphere winter schedule of five Tests, 10 one-dayers and a Twenty20.

Pakistan have not played a major international side at home since an armed attack on Sri Lanka’s team bus in Lahore in March 2009 turned the country into a ‘no-go’ area for the world’s top teams.

Sangakkara satisfied with his century