England will rest three frontline bowlers for the third and final One-Day International (ODI) against the West Indies at Headingley on Friday. 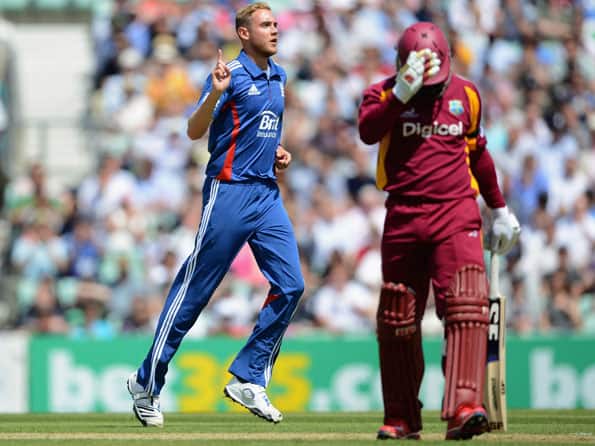 England will rest three frontline bowlers for the third and final One-Day International (ODI) against the West Indies at Headingley on Friday.

Seamers Stuart Broad and Tim Bresnan, together with off-spinner Graeme Swann — who all played in an eight-wicket win at The Oval on Tuesday that gave England an unassailable 2-0 series lead — will be given a break.

Woakes had already been called up as possible cover for Jade Dernbach in the event the Surrey paceman was granted compassionate leave following the death of county colleague Tom Maynard on Monday.

However, Dernbach remains available for selection.

Woakes, Meaker and Tredwell have all previously played one-day international cricket for England.

National selector Geoff Miller said: “The fact that we have already won the NatWest series means we are able to take the opportunity to rest three players ahead of next week’s series against Australia and take a closer look at players who are likely to feature in our limited overs planning going forward.”

Earlier this month England courted controversy when, having likewise established an unbeatable 2-0 lead in a three-match series they rested pace bowlers James Anderson and Broad from the side that played the rain-marred drawn third Test against the West Indies at Edgbaston.

Broad, England’s Twenty20 captain, Swann and Bresnan could all return for the stand alone Twenty20 international against the West Indies at Trent Bridge in Nottingham on Sunday.

After that match, England will name a squad for their separate five-match ODI series against Australia.

Revised England squad for third ODI vs West Indies at Headingley on Friday: