Bopara had been left out of England's ODI side against India.

England all-rounder Ravi Bopara has aimed to show the national team the reason why he should not have been dropped last summer.

Bopara had been left out of England’s ODI side against India, but is now back in the squad for the ICC World Cup 2015 and also for the Sri Lanka tour. He would be going up against Ben Stokes and Moeen Ali for a batting all-rounder spot, but with 108 matches to his name, he has got them both covered for experience.

And after England were thrashed 3-1 by India , Bopara was parachuted back into the action at the next opportunity, ahead of what would be his third World Cup, The Mirror reported.

Bopara said after the squad’s first training session that he does not see it as putting pressure on himself, but as an opportunity and a good time to have fun.

He admitted that he was disappointed during the summer, but added that that’s life and he has got a great opportunity here. He said that one realises what it really means to them when they get dropped and they should play every game like it’s their last and enjoy it.

Bopara is another player rubbing his hands at the sort of preparation England have got in the run-up to the tournament, which runs from 14 February to 29 March, with not even a Twenty20 to disrupt their flow. 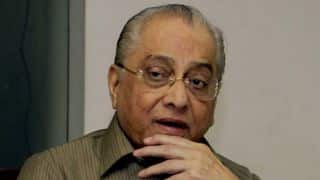