Teams such as the West Indies and Pakistan, who begin a three-Test series against England at Old Trafford next week, have long been among cricket's financially poorest nations.

West Indies captain Jason Holder hopes England will tour the Caribbean before the end of the year in response to his side braving the coronavirus pandemic by coming to Britain.

The West Indies left their relatively unaffected region to travel to the UK — the European country worst-hit by the COVID-19 outbreak — and relaunch international cricket after lockdown with a Test campaign against England.

But they did so while accepting a 50 percent pay cut from Cricket West Indies, with Holder’s men losing the series 2-1 following a crushing 269-run defeat in the third Test at Old Trafford concluded Tuesday.

Teams such as the West Indies and Pakistan, who begin a three-Test series against England at Old Trafford next week, have long been among cricket’s financially poorest nations, with the likes of England, Australia and India the wealthiest.

But while England captain Joe Root led the tributes to the West Indies, who spent some two months holed up in onsite hotels at the Ageas Bowl and Old Trafford in bio-secure bubbles, for making the trip, Holder called for more practical assistance.

“I was speaking to our chief executive, Johnny Grave, who highlighted that we really only make money from playing England and India (at home),” he said. “Maybe we break even with Australia and Pakistan. But we lose money against other teams.”

England and the West Indies have now met home and away in the past 18 months and there are no plans for Root’s side to visit the Caribbean in 2020. But amid fixture uncertainty caused by the pandemic, Holder said: “We don’t know what’s going to happen after this series with the international calendar but if there is an opportunity for England to come over to the Caribbean before the end of the year that would help significantly.

“It’s been a tough last few years for us financially, pretty much and we’ve taken a pay cut due to the circumstances. A tour hopefully, if it is possible before the end of 2020, would help keep us afloat,” the allrounder added.

The England and Wales Cricket Board — who stood to lose hundreds of millions of pounds if the virus wiped out the 2020 season — gave CWI a loan before the tour.

This was effectively an advance on money due to CWI from the International Cricket Council.

But all broadcast revenues currently go to the home board.

Grave, an Englishman who made his name in cricket administration with county club Surrey, has suggested a fifth should go to the away side.

It was an idea supported by Holder, who insisted: “Now more than ever highlights the differences in finances.

“England get a huge chunk of money, Australia do too and India are a powerhouse. Outside those top three, the rest struggle.”

“(Revenue-sharing) is definitely something that needs to be looked at by the powers that be. If something doesn’t happen soon enough we’ll see less international cricket played by the so-called smaller countries.” 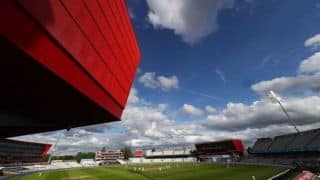