England forced Pakistan to follow on on Day 3 of the final Test in Southampton despite a brilliant century by visiting skipper Azhar Ali.

Struggling at 75/5 in response to England’s 583/8d, Pakistan’s innings was revived by Azhar and Mohammad Rizwan as the duo added 138 for the sixth wicket, using up almost 40 overs before the latter fell for 53. Stuart Broad (2/40) then removed Yasir Shah and Shaheen Afridi, while James Anderson had No. 11 Naseem Shah caught at third slip to end with figures of 5/56. He moved to 598 Test wickets.

Earlier, Anderson had Asad Shafiq caught at slip by Joe Root during a rain-curtailed morning session.

Fawad Alam (21) and Azhar then put together a 45-run partnership before off-spinner Dom Bess got the better of the left-handed batsman.

Azhar and Rizwan then joined hands to steady the ship. Chris Woakes broke the stand as he dismissed the Pakistan No. 7.

Soon after Broad’s double-strike, Anderson saw three catches dropped off his bowling in less than 12 balls but finally claimed his 29th fifer to wrap up Pakistan’s innings.

Here’s what Michael Vaughan, the former England captain, had to say after the day’s play:

“Pakistan, when they lost the early wicket this morning, many of us thought they would fall in a heap, but then Azhar Ali came out.

“He played some glorious shots, and in Mohammad Rizwan they have found a fighter, a character. That partnership was special.

I just hope James Anderson can grab a couple more and go home with some positivity of thought in his mind.”

With rain forecast for Tuesday (August 25), there may be added pressure on England to take 10 wickets on Day 4 so as to seal a 2-0 series victory. 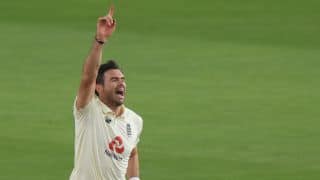 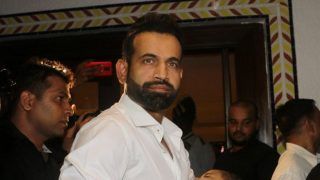