Centuries from Glenn Maxwell and Alex Carey lifted Australia out of a slump as they overhauled the target of 303 with three wickets to spare. 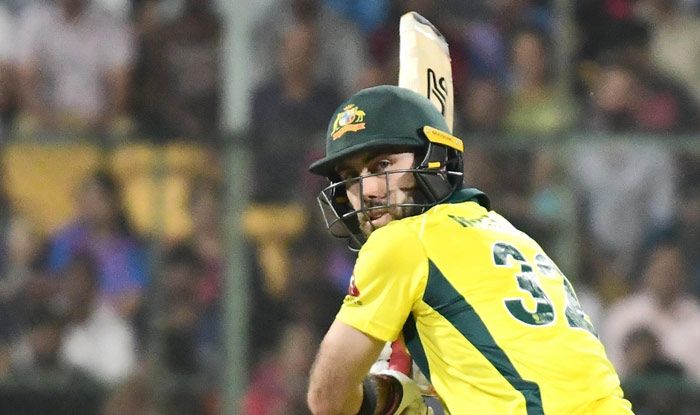 Australia finished their limited-overs tour of England completing a thrilling chase to win three-match ODI 2-1 at Old Trafford in Manchester on Wednesday. Centuries from Glenn Maxwell and Alex Carey lifted Australia out of a slump as they overhauled the target of 303 in the third ODI with three wickets to spare.

Chris Woakes had Australia captain Aaron Finch (12) and Marcus Stoinis (4) out in his successive overs before an inspired spell from part-timer Joe Root reduced the tourists to 55/4.

The introduction of spinner Root by England captain Eoin Morgan proved to be a masterstroke as he accounted for dangerman David Warner (24) and Mitchell Marsh.

To add to Australian troubles, Marnus Labuschagne was run out in the 17th over leaving them tottering at 73/5.

That though brought together the pair of Maxwelll and Carey who revitalised their chase. Maxwell struck 108 off 90 while Carey made 106 off 114 with the duo adding 212 for the sixth wicket.

However, both fell in the fag end of the chase but Mitchell Starc took them over the line with a four and a six as Australia finished on 305/7 in 49.4 overs.

Earlier, England’s chase was powered by a well-compiled century from opener Jonny Bairstow who struck 12 fours and two sixes in his innings of 112.

Starc, before his cameo with the bat, gave Australia a dream start by striking with the first two deliveries of the match that resulted in the dismissals of Jason Roy (0) and Joe Root (0).

However, they recovered to 67/2 before again losing two quick wickets.

Bairstow anchored their innings alongside Sam Billings (57) as the hosts look set for a big score despite the nightmarish start.

Pat Cummns bowled Bairstow in the 41st over denting England’s hopes but Chris Woakes’ breezy unbeaten half-century took them to 302/7.

Woakes made 53 off 39 including six fours. 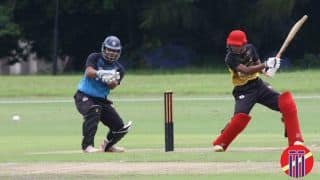