Warne says Australia suffered 'a real punch in the guts' as a dramatic collapse saw the visitors tumble from a dominant position to lose the 2nd ODI to England,

Former Australia player and legendary spinner – Shane Warne feels Australia suffered ‘a real punch in the guts’ after their horrible collapse in the second ODI against England at Emirates Old Trafford, Manchester on Sunday. Chasing a gettable yet tricky target of 232 to win the series – Australia lost four wickets for three runs in the space of 21 balls.

The visitors appeared to be cruising as they reached 144/2 thanks to a 107-run third-wicket partnership from captain Aaron Finch (73) and Marnus Labuschagne (48) before capitulating to 207 all out. Chris Woakes triggered the collapse when he had Labuschagne lbw, beginning a run that saw Australian lose three wickets for one run in eleven deliveries.

“Australia hadn’t played cricket for quite a long time so you sort of excuse them (that collapse) in the first T20, even though it cost them that series,” Warne told ‘Sky Sports’, referring to the first T20I where Australia slumped from 124-2 to 148-6 to lose the game by two runs.

“They have been pretty good since then but this will be a real punch in the guts for Australia. They pride themselves on getting over the line in those sorts of games and doing the basics well.

“They didn’t do that – they weren’t good enough, with Aaron Finch the only batsman to really show any touch. It’s 1-1 ahead of the last day of the international summer. Who writes these scripts?”

“Australia got it a bit wrong. They tried to go for wickets and didn’t sum up conditions and think ‘hard length at the stumps is tough for the batsmen so it should be the same for the tail’. They got a bit greedy trying to knock them over,” Warne said.

The three-match series is now levelled at 1-1. England and Australia will now meet in the series-decider on Wednesday at Old Trafford. 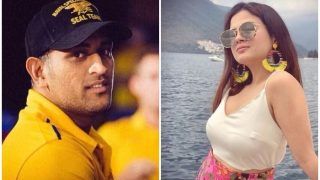