Lord’s is known to have a good surface and batsmen generally get the runs there.

The first Test at Nottingham was an evenhanded contest, with both sides enjoying their moments. However, there are a few questions before the two teams, as India and England head into the second Test at Lord’s on Thursday. England would want to prove that they have that winning touch, whereas, India have to show that they can be a good side overseas. This game, played in a traditional setting, is one of the premier fixtures of the season for the two teams and both would like to make a mark here.

Lord’s is known to have a good surface and batsmen generally get the runs there. But, if the bowlers put in the effort, they too may get the rewards on this surface. But, there doesn’t seem to be enough for the spinners and that is something that would weigh in on both the sides when they sit to pick their final eleven.

India may go in with the same side that played at Nottingham. Stuart Binny did well and taking him out would be a tough call. He looked assured in his batting and deserves another shot with his performances. Perhaps, one change they could make is that Ravindra Jadeja could make way for Ravichandran Ashwin, but that too seems unlikely. There may be one thing for sure; Binny will come in at No 7 instead of No 8. Playing two spinners is certainly not a viable option at Lord’s.

There are more possibilities in the England squad. The call-up of left-arm spinner, Simon Kerrigan has only spiced up things for the home side. They had Moeen Ali spinning at Nottingham. Now, they may want Kerrigan to come in. But, if he has to make it, then perhaps Ben Stokes may come out. Chris Jordan too has a chance of playing, but again Stokes would be the man making way. Given the fact that Stokes performed well Down Under, and England have the confidence in him, it is likely that they would persist with him. The rest of the batting line-up would remain the same.

Then, there is Alastair Cook, who continues to remain under pressure. He needs those big runs to silence the critics and get back into form. He has a good record against India and would want to get back to his best with a good performance against them. If he has a bad time, the calls for his sacking may only increase. Meanwhile, MS Dhoni too would have a few questions about his tactics. Testing times for both skippers. 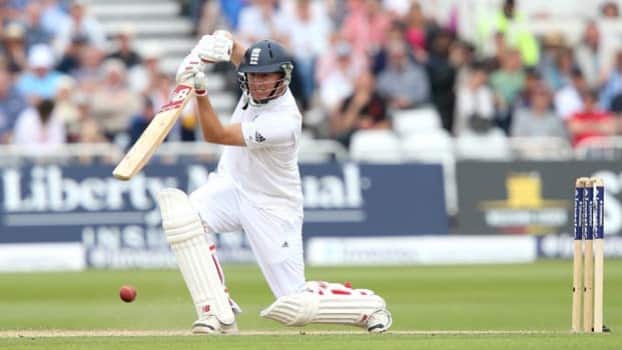