"Since Kuldeep has accuracy, nobody must be taking chances against him,"

English batsmen are struggling against Chinaman bowler Kuldeep Yadav and veteran left-arm spinner Padmakar Shivalkar attributes the Indian wrist spinner’s success to his accuracy and loop. Kuldeep has taken nine wickets so far in the two games in the ongoing three-match One-Day International series against England and had turned out to be their nemesis in the preceding T20 rubber too.

“I have not seen much of Kuldeep. If he is getting so many wickets, he must be having control over the ball, that’s the main thing. When does a bowler become successful – first (because of) his accuracy. He has a particular loop and without giving loop nothing happens,” the 78-year-old Shivalkar told PTI.

In the first ODI game at Nottingham, Kuldeep returned with figures of 6/25, his first-five wicket haul. “The leg-spin which he (Kuldeep) bowls, he does not turn much, but he just uses his fingers over the ball and releases it. Since he has accuracy, nobody must be taking chances against him,” added Shivalkar considered among the foremost left-arm bowlers in his playing days.

To prove his point, Shivlkar – who has played only unofficial “Tests” for the country – cited the example of English skipper Eoin Morgan, who was one of Kuldeep’s victim in the second ODI at Lords. He was caught in the deep after hitting a full-toss. “Paddy” Shivalkar believes that India have got a big option in the form of wrist spin duo of Kuldeep and Yuzvendra Chahal.

“They (the Indian team) have got a big option (in Kuldeep and Chahal) and they must take benefit of it, if they have to win (matches). They get wickets on good tracks. They are accurate, have loop and everyone gets foxed by their loop,” noted Shivalkar. Shivalkar, who scalped 589 first class wickets in 124 games, feels if Chahal managers to turn the ball more than he does, he can become even more successful.”But you have to wait and see, how they develop themselves. If people like Chahal increase their turn, it will benefit them,” he added.

Leg-spinners were pretty successful in the last Indian Premier League season with rookie Mayank Markande, who played for Mumbai Indians, also among the wicket-takers. Asked about it, Shivalkar said, “They (the leg spinners) must have increased their accuracy. For leg spinner or any spinner accuracy is very important. And ball control is important.” 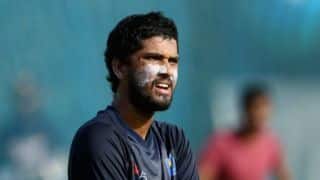 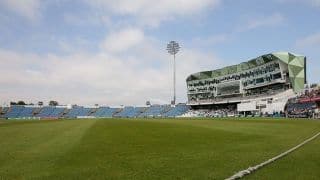