Playing in only his eighth Test, the 22-year-old Zak Crawley hit 267, taking England closer to a Test series victory over Pakistan.

Playing in only his eighth Test, the 22-year-old Crawley hit 267 in a record-setting partnership with fellow century-maker Jos Buttler (152) on Saturday(August 22), taking England closer to a Test series victory over Pakistan.

The 393-ball knock put him in 10th place in the all-time list of top scores by an English player.

“England have found a very good no 3 in Crawley,” Ganguly tweeted

“Looks a class player .. hope to see him in all formats regularly.”

Only playing the third and final Test because Ben Stokes has returned to his native New Zealand for family reasons, Crawley staked a claim to become a regular No. 3 batsman in the England team with his double century.

His 359-run partnership with Buttler is a record for the fifth wicket for England in Tests and it is joint-sixth highest ever.

Meanwhile, Ganguly confirmed that India will host England next year.

“The BCCI and the Indian cricket team will continue to fulfill its FTP commitments. The senior Indian men’s team will travel to Australia for its series starting in December this year, and will come back to the country for a series against England starting February next year,” he said.

“This will be followed by IPL 2021 in April. The BCCI is making all efforts to ensure that domestic cricket resumes as and when the conditions permit. The health and safety of players and all other involved in domestic cricket is of utmost importance to BCCI and we are constantly monitoring all aspects.” 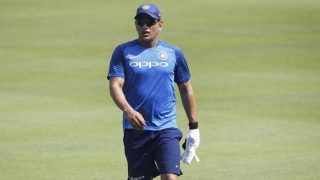 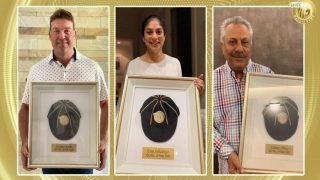