Bairstow carried on from the IPL where he scored 445 runs in 10 games for Sunrisers Hyderabad.

Jonny Bairstow said playing alongside the likes of Australia’s David Warner in the Indian Premier League had helped take his game to new heights after his match-winning hundred against Pakistan in Bristol.

Opening batsman Bairstow’s blistering 128 off 93 balls helped World Cup hosts England to a six-wicket win in the third one-day international on Tuesday as they went 2-0 up in a five-match series with two to play.

The 29-year-old Yorkshireman carried on his recent form from the lucrative Twenty20 IPL where he scored 445 runs in 10 games at an average of 55.62 for Sunrisers Hyderabad.

“You’re able to learn different things from different coaches and different players,” said Bairstow, who opened the batting for the Sunrisers with Warner — set to be an opponent during the World Cup and subsequent Ashes series in England. It’s just little things like game plans.

“He (Warner) hits in completely different areas to potentially myself. I guess it’s method more than anything else. But learning from them, as well as the guys here, that can only be a good thing playing under pressure with expectation.”

Bairstow was furious after his seventh ODI hundred ended when he played on to Junaid Khan, with the batsman hitting out at his stumps.

“I was cross because you want to see that through,” Bairstow explained after England had made light of a target of 359 with their second-highest successful ODI run chase to win with 31 balls to spare. “You want to be going on and getting 160 or 170, and potentially 200 and seeing your team through.

“That’s where we’re at as a group of players at the moment, having competition to go and get the 150s and 160s and beyond. We are backing ourselves and competition is healthy all the way through. That’s a good place to be and I was cross about it.”

Pakistan’s defeat showed how once impregnable ODI totals can now be overhauled in modern limited-overs cricket.

It was especially tough on Imam-ul-Haq, whose career-best 151 was Pakistan’s highest individual score against England at this level.

Imam felt Pakistan had a total they could defend although their cause was not helped by some naive bowling from an inexperienced attack and slipshod fielding.

“The score was enough, 360 was a really good total,” Imam said. “We just lost a couple of catches that cost us and our bowlers did not stick to the plan,” the 23-year-old left-handed opener added

Pakistan have made several recent tours of England and in 2017 they beat arch-rivals India in the final of the 50-over Champions Trophy at The Oval in south London.

“We came here in the Champions Trophy so we know what these wickets are like,” said Imam ahead of Friday’s fourth ODI at Trent Bridge in Nottingham, where the teams can expect another ideal batting pitch. “We know England are going to come hard at us, and we have to bowl better and play better cricket to win.” 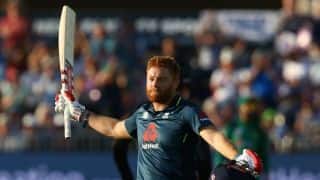 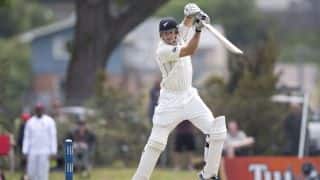