England beat Ireland in a one-off ODI and Pakistan in a solitary T20I in the span of three days.

Two narrows wins in the span of a few days has left England captain Eoin Morgan in a positive frame of mind before the 2019 ICC Cricket World Cup, because in his estimation such matches push the leading ODI team into a good space.

On Sunday, Morgan’s unbeaten 57 took England to a seven-wicket victory over top-ranked Pakistan in the first T20I. Two days earlier, the debutant Ben Foakes made an unbeaten 61 to get England over the finish line in the one-off ODI against Ireland.

Just weeks before the start of the World Cup, Morgan took comfort from these two hard-fought wins.

“Two close matches is great practice for us (going into a World Cup),” he told Sky Sports on Sunday. “I think the guys are learning from this as we go on. They were two different challenges in the space of three days.

“Given we have a fixture here in Cardiff during the World Cup it is very important that we get back into the habit of knowing the dimensions of the ground, feeling comfortable with either chasing or setting and getting our plans right when we are bowling.”

England handed T20I debuts to Jofra Archer, Ben Duckett and Foakes on Sunday in Cardiff. Archer claimed two wickets, the recalled Duckett made nine off seven balls in his first game for England since 2016 and wicketkeeper Foakes held one catch.

“We made a lot of changes today, three guys coming in and making their debuts, so getting over the line for the guys coming in and playing a young team is important,” said Morgan. “It makes it easier for them to learn and assess their own performance and the team performance in the right way as opposed to looking inwards and blaming themselves for losing a game.

“Jofra had a really good debut here coming on from the game in Ireland and Tom Curran bowled well and other guys in little patches. Hopefully, we can learn from this.”

Morgan’s 29-ball 57 not out was his first half-century across formats since March 26 when he scored 61 not out for Middlesex against Oxford MCCU. After bagging a duck against Ireland in the one-off ODI, the England skipper was somewhat pleased to get a winning innings.

“My batting has not been good so far this summer,” he said. “I’ve been searching (for runs) a little bit. Today I was a lot stiller at the crease as opposed to falling over and I managed to get myself in and away and I took advantage of that. Experience pays its weight in gold at the end and the stillness I played with today is what I will take away. Sometimes you can get wrapped up talking technique I just love to go out and be able to clear my front leg.”

Although Morgan was pleased with Archer’s debut with the ball, the England seamer claiming 2-29 and a run out from his four over, he felt the bowling unit have lessons to learn. 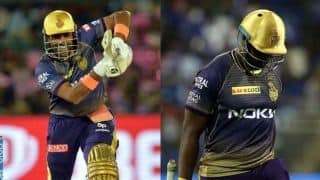 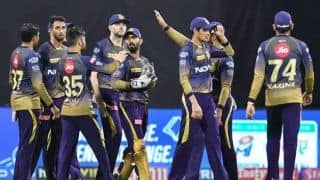