England will play Sri Lanka in the second Test match against Sri Lanka at Headingley. The first Test match between the two countries at Lord’s ended in a pulsating draw what with Sri Lanka losing nine wickets in the second innings and just about escaping from a defeat. For England, Gary Ballance, James Anderson and Joe Root were the star performers from the first Test.

For Sri Lanka, Angelo Mathews, Kumar Sangakkara and company did well. In fact, Sangakkara amassed his first hundred at Lord’s and that too at the age of 36. England will to forget what happened in teh first Test and look for a win in the second Test. Where as Sri Lanka would think that they are very much in with a chance to win the Test series as well.

With England, Alastair Cook has come in for some criticism over his defensive captaincy.  Sri Lanka though, seem to be a happy unit, especially with their bowling unit functioning well and their batsmen being able to do well in the first Test at Lord’s. 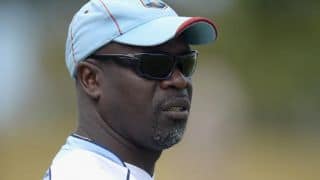