The series carries great importance for West Indies as they aim to qualify directly for the 2019 World Cup.

After a thumping win in the one-off T20I, West Indies will be high on confidence heading into the five match ODI series against England. They looked a different, rejuvenated side from the one that played the Test series.

With quality players such as Chris Gayle, Kieron Pollard and Carlos Brathwaite, West Indies will pose a threat to an unbeatable England side at home. England, however, will be pleased with the likes of Alex Hales, Ben Stokes, Adil Rashid and Jos Buttler returning to the thick of things.

Ahead of the first ODI, let us have a look at the key battles.

Ben Stokes vs Marlon Samuels: After all the verbal volleys, it is now time for both Stokes and Samuels to confront each other. There is enough bad blood between them that makes this contest quite riveting.

Samuels, prior to this tour, mentioned that Stokes should stay away while he is batting. Stokes will be eager to prove his critics wrong and make his performance talk.

Liam Plunkett vs Chris Gayle: In the battle of the ODI comebacks, Plunkett will be pitted against Gayle. Plunkett himself mentioned that he is looking forward to dismissing universe boss quite a few times. In the T20I, Gayle was devastating during his 21-ball stay.

Gayle is looking to cementing his place in the side after being away, while Plunkett will look to keep up his wicket-taking form.

Joe Root vs Sunil Narine: Arguably, the best batsmen in the England outfit, Root will be crucial to the sides’ success. Root, known for his clean hitting and nimble footwork, would face stiff competition from Sunil Narine.

Narine, however economical, has struggled to pick wickets post his change of action. He still remains one of the most impactful players for West Indies. Narine will want to get the better of Root to claim his old status.

Chris Woakes vs Evin Lewis: One of the brightest prospects in recent times for England, Woakes is returning from a layoff. Woakes will be up against the man-in-form Lewis.

Lewis will look to rattle Woakes with his aggressive game plan and put pressure upfront. Woakes, on the other hand, will want to get the better of the Caribbean mauler. 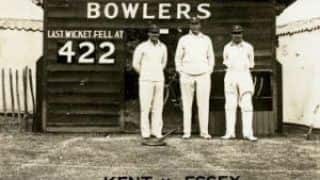