West Indies aim to bounce back and level terms, as they take on England in the third of the five-match ODI series at Bristol.

Following a loss in the opening tie of the series, West Indies will aim to bounce back and level terms, when they take on England in the third match of the five-match One-Day International (ODI) series at the County Ground in Bristol. The second ODI at Trent Bridge ended up being washed out after only 2.2 overs. Therefore, both the teams have nothing to take from the previous game and will tart right from scratch. Both the teams would pray to gods to keep the rain away on Sunday. FULL CRICKET SCORECARD: England vs West Indies 2017 3rd ODI at Bristol

Considering the performance of both the sides in the opening tie, it was certainly England, who ruled roost. Bowling first it was Ben Stokes s 3 for 43, which allowed West Indies to crumble for 204, his spell included the crucial wickets of Shai Hope (35) and Marlon Samuels (17). As with the bat, it was Jonny Bairstow, who surprisingly opened the innings and scored an unbeaten century, along with Joe Root, who scored a healthy 54, to allow England win the tie comfortably by seven wickets.

As for West Indies, things are not going as good as they would have expected in the format. They started off on a poor note with the bat, managing just 204 for the loss of nine wickets, courtesy skipper Jason Holder s 41. They failed with the ball as well, as they could manage just three wickets, with Kesrick Williams claiming a couple. David Willey aims to cripple WI batting order in 3rd ODI

Therefore, the momentum is with England. They are most likely to stick with the same playing XI from the opening ODI, as it did pretty good. Meanwhile, fast bowler David Willey has promised to rattle the Windies batting order again as he would be fighting to keep his place in the ODI side.

As for the Windies, they need to bounce back strongly and in style. Although they had made a couple of changes in the second ODI, bringing in Kyle Hope and Miguel Cummins for the injured Chris Gayle and Devendra Bishoo, they hardly got an outing. However, if Gayle is declared fir for the tie, Kyle Hope could be on his way out again. Gayle “good to go”, reckons Holder

With the game being played at the County Ground in Bristol, the wicket is expected to be on the slower side, with good assistance to the spinners. Therefore, both the teams would like to keep their spin options handy. The last ODI played at this venue was in May 2017, when England took on Ireland, comfortably winning the tie by seven wickets.

West Indies last played an ODI at this venue in 2009, ending up on a losing note by six wickets. Overall, this is not a happy hunting ground for the visitors, as they have lost all the three ODIs they have played at this venue. 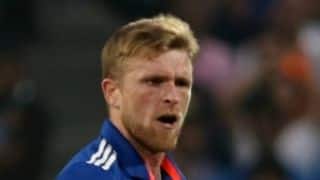 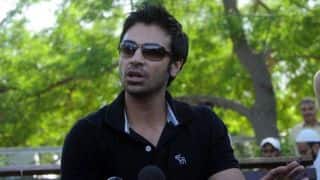