England vs West Indies 2020: Shannon Gabriel Sends Warning Ahead of England Series, Says Hungry to Get Back on The Field

At the age of 31, and with 45 Tests under his belt, Gabriel knows that he has plenty to offer the squad even while he's not playing.

West Indies would unleash its pace attack to subdue hosts England in the upcoming Test series, a strategy which paid them rich dividends at home last year, says Caribbean fast bowler Shannon Gabriel. The 32-year-old Gabriel, who is returning from an injury, had played a major part in West Indies 2-1 over England at home in 2019.

“I don’t think the plans should change too much from what we did in the Caribbean. We used pace and that worked. What we did was successful. I don’t think we should fix anything that is not broken,” Gabriel told media via video conference.

The England-West Indies series will be the first international cricket contest since March when coronavirus halted all sporting action.

Gabriel, who has played 45 Tests, is among the reserves for this tour but is confident that he can regain full fitness before the series starts on July 8. He had undergone an ankle surgery recently.

“After being away from the game so long, almost six or seven months, you’re kind of hungry to get back on the field. I’m looking forward to the warm-up games and then we will take it from there. I’ve played a few Test matches before, so I know how to prepare,” Gabriel said.

“The last time I played (for West Indies) was the India series (last September) in Jamaica. I want to play, I want to be ready to play against England.

“I’m fully motivated. If you’re playing for your country and you’re not motivated, you really should be on the field. This is not about half-hearted. You have to be all in,” he said.

West Indies will have two inter-squad warm-up matches in Manchester before they travel to Southampton for the series-opener. 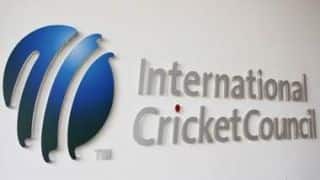 Cricket has the power to bring communities together: Manu Sawhney We had to pave the way for guys like Rabada and Ngidi: Ntini