The partnership between Stokes and Sibley for the fourth wicket is on 183 off 465 balls.

Dominic Sibley scored his second Test century while Ben Stokes reached 99 at Lunch on Day 2 of the second Test between England and the West Indies at Old Trafford in Manchester on Thursday. The English pair ensured that it was a second consecutive wicketless session for the visitors as they ground the runs out of the session and England ended it on 264/3.

The partnership between Stokes and Sibley for the fourth wicket is on 183 off 465 balls. While Sibley faced 316 balls for his 101, Stokes has absorbed 252 balls thus far.

Despite the pair surviving for more than two sessions, the first session was an encouraging one for the West Indies in the way that they repeatedly beat the two batsmen’s outside edge and not allowed them to score freely despite Stokes trying to do so on multiple occasions.

Roston Chase in particular managed to procure significant turn from the pitch in the last over before lunch with the last delivery going past Stokes’ outside edge.

The partnership between Stokes and Sibley is now England’s highest fourth-wicket partnership at Old Trafford, beating 179 by Alec Stewart and Marcus Trescothick in 2000. This is also Stokes’ longest innings in terms of balls faced.

England vs West Indies: Don't Think Jofra Archer Will Play Next Test But England Must Look After Him, Says Michael Vaughan 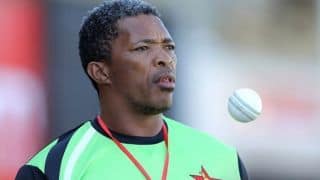