The match was pretty much over for Pakistan before Shahid Afridi came and did what he does best.

England have sealed the three-match Twenty20 International (T20I) series against Pakistan with a close win in the second game at Dubai. The game at one stage had completely swerved England’s way and Pakistan’s chances looked negligible but Shahid Afridi produced an absolute gem smashing a eight-ball 24 to take Pakistan within touching distance. Pakistan competed well for most part but lost their way against the English spinners and Liam Plunkett in the middle overs. Ultimately Pakistan’s death over efforts brought them within three runs of England’s total. LIVE CRICKET SCORECARD: Pakistan vs England 2015, 2nd T20I at Dubai

Pakistan had the ideal start to their chase of 173 with Ahmed Shehzad smacking the ball everywhere not giving the English fast bowlers a sniff. He took full toll of a poor over by David Willey early on. Shehzad was nicely supported by Rafatullah Mohamand at the other end. But life became difficult for Pakistan after the spinners were brought on. Stephen Parry got rid of the dangerous looking Shehzad in his opening over itself and England had the important breakthrough.

Adil Rashid was soon brought into the attack to cash in on the good amount of turn the pitch was offering. He responded by dismissing the other opener Mohamand. Mohammad Hafeez and Shoaib Malik then settled into a neat little partnership and again just when Hafeez was looking really threatening, he was dismissed by Plunkett. Plunkett bowled very well varying his pace, lines and lengths cleverly and did Hafeez in with a slightly slower one.

Shoaib Maqsood who looked good against the spinners in the previous game fell to Rashid cheaply after showing evident signs of struggle in picking him up. Umar Akmal suffered an unfortunate dismissal furthering Pakistan’s misery. The ball brushed off his thigh pad on way to the keeper but the umpire thought it was a nick and misjudged him out.

The match looked as good as over at this stage with the men in green needing about 15 runs per over with four overs to spare and just five wickets in hand. Malik’s dismissal in the 17th over worsened the scenario for Pakistan but Afridi gave good measure of his explosive ability which emerges only rarely these days. He smashed Chris Woakes for three sixes in the 18th over and match was brought back to life as the over yielded 22 runs in all. Unfortunately for Pakistan, Afridi was dismissed on the final delivery of that over.

Sarfraz Ahmed kept the game alive along with support from Anwar Ali at the other end and took the game into the final over with only 11 required for victory. However, Woakes getting rid of Sarfraz of the very first delivery did not help Pakistan’s cause. Sohail Tanvir got four of the next delivery but Woakes held his nerve there onward and Pakistan fell agonisingly short.

Earlier, Afridi was also the most convincing of all bowlers taking three wickets in his four overs while conceding a mere 15 runs at an economy of less than four. Had Pakistan won, there would have been little doubt who would have won the man of the match. England’s batting was a consolidated team effort which saw not a single batsmen get fifty or even in their forties, but there were quite a few thirties and twenties. James Vince top scored with 38 off 24 balls. 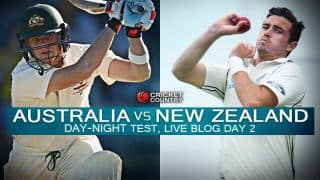