Overton attempted a caught and bowled on Day Two of the third Ashes Test, thus injuring himself.

Yet another bad news for England in The Ashes 2017-18 as Craig Overton has suffered a hairline fracture. England and Wales Cricket Board (ECB) confirmed the news on Saturday, saying the cricketer’s rib has the fracture. Overton attempted a caught and bowled on Day Two of the third Ashes Test, thus injuring himself. However, he was declared fit to bowl on Day Three, and is learnt to have been on painkillers.

Overton is in, he’s taken two of the four Aussie wickets.

Overton had also been struck by the ball in his ribs during the second Test. The 23-year old made his Test debut at Adelaide, and got Steven Smith for his maiden wicket. He bagged 4 wickets which and played an impressive knock of 41 not-out in the Test.

Australia won the first two Ashes Tests with ease and have kept England under pressure. The third Test, which is also the final Test at the iconic WACA ground, Perth, is England’s must draw to stay alive and retain The Ashes Urn. 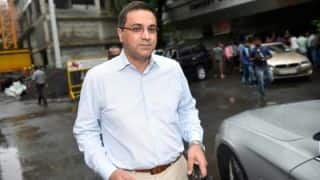 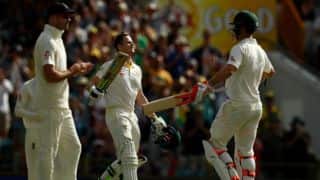