Katherine Brunt won't play in England's upcoming Test match against South Africa at Taunton. It is their first four-day match since 2003.

London: The leading wicket-taker of the England women’s cricket team Katherine Brunt has announced her retirement from Test cricket. However, she will keep playing the limited-overs format.

Katherine Brunt won’t play in England’s upcoming Test match against South Africa at Taunton. It is their first four-day match since 2003. The much-anticipated match will begin on June 27.

The right-arm fast bowler made her Test debut in 2004 and got the player of the match award after one year when she took nine wickets and scored a half-century as England won the Ashes for the first time in 42 years.

“I feel like as an athlete there is never an obvious time to step away from doing the thing that you love but over the past two years thoughts of retirement have surfaced more and more, so I’ve decided to make a smart decision rather than an emotional one,” said Katherine Brunt.

She added, “Test cricket is my absolute passion and to retire from this format was truly a heartbreaking choice to make, but it allows me to prioritise white-ball cricket. I know that I leave it in a great place, the bowlers coming through are ready and they’re just itching to be let loose. And with the South Africa game around the corner, I’m very much looking forward to watching them from the best seat in the house.”

In her last Test match, Katherine Brunt took a five-for against Australia in Canberra. She is retiring from Test cricket with 51 wickets which is the ninth-highest of all time.

The 36-year-old played 18 Test matches in her 18-year-long career. Director of England Women’s cricket, Jonathan Finch said, “Katherine’s passion and commitment were never more evident than when she played Test cricket for England and you only need to watch the last Ashes Test to see her desire, her heart and her undoubted ability with the red ball in hand.”

“She has given everything for England Women in Test cricket and we are fully supportive of her decision to focus on white-ball cricket on the international stage. Katherine can leave the red ball behind knowing she is a true legend in that form of the game and that she has set standards that future generations can only aspire to,” she concluded. 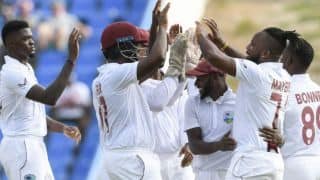