Ashwin hails from Chennai but is playing for Kings XI Punjab in the Twenty20 League.

New Delhi: Senior offspinner Ravichandran Ashwin Monday said Indian cricketers criss-crossing the country to play the ongoing Indian Premier League (IPL 2019) should be allowed to cast their votes in the upcoming general elections at cities where they might be when polling is held in their respective constituencies.

“I would also like to request you @narendramodi sir to enable every cricketer playing in the IPL to be allowed to cast their votes from which ever place they find themselves at,” Ashwin wrote in response to the tweet.

Ashwin might have directed his request to the Prime Minister but the country’s election process is administered by the Election Commission of India (ECI), an autonomous constitutional authority. Political leaders are not involved in the conduct of the polls.

The general elections will be held from April 11 to May 19 in seven phases, the dates clashing with the IPL which started on March 23.

Ashwin hails from Chennai but is playing for Kings XI Punjab in the Twenty20 League. Similarly, Mahendra Singh Dhoni is from Ranchi in Jharkhand but is leading the Chennai Super Kings. (WATCH: Rajasthan s guile meets Punjab s might in Jaipur)

The Indian cricketers participating in the league would be living out of their suitcases during the event, the knockout schedule for which is not yet out.

They may not be in their home towns to exercise their franchise due to their professional commitments.

“Always thought voting is the fulcrum of our democracy and I definitely would like to urge the entire country, each and everyone of you from every nook and corner of our country to vote and choose their rightful leader,” read his first tweet. 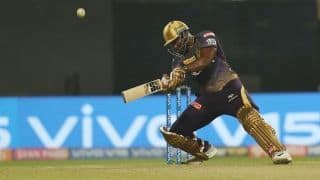