Former Bangladesh cricket coach Jamie Siddons sayid ex-captain Mohammad Ashraful shouldn't be judged too harshly for his involvement in match-fixing because he was likely ensnared by the "powerful beast of underworld gambling" at an early age. 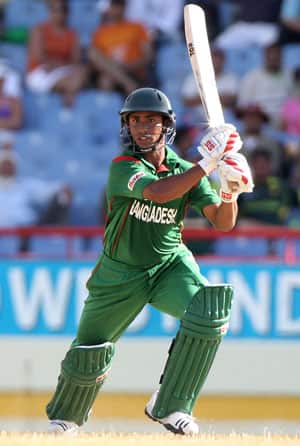 Former Bangladesh cricket coach Jamie Siddons sayid ex-captain Mohammad Ashraful shouldn’t be judged too harshly for his involvement in match-fixing because he was likely ensnared by the “powerful beast of underworld gambling” at an early age.

Siddons, who now coaches New Zealand’s Wellington province, told the Dominion-Post newspaper he alerted the Bangladesh Cricket Board (BCB) and International Cricket Council (ICC) to the threat of spot-fixing during his four-year term as Bangladesh coach from 2007 to 2011.

Ashraful admitted to match and spot-fixing in the Bangladesh Premier League (BPL) after being suspended by the BCB on Tuesday. He is being investigated by the ICC.

Siddons said he “made my thoughts known a while ago to the (Bangladesh) cricket board and the ICC,” warning of the threat of spot fixing.

He said young players were often vulnerable to financial temptation and Ashraful was probably sought out by the match-fixers while still in his teens.

“People like Ashraful, he’s got 15 people living in his house, he feeds probably five families and on a cricketer’s wage,” Siddons said. “Over there it’s near impossible so you can almost understand. It’s a different world than we live in. It’s a tough world for him.”

Siddons said he feels disappointed for his former charge.

“He’s a great young kid… He probably got roped in as a 15 year old, when he first started, by some other people. I feel a bit sorry for him but I don’t condone it at all.”