The CIC meeting has been convened to chalk out plans for a turn-around next season.

Mumbai: After Mumbai‘s dismal performance in the Ranji Trophy 2018-19 season, a host of former captains have been invited by the Cricket Improvement Committee of the Mumbai Cricket Association (MCA) to its meeting on Tuesday.

The CIC meeting has been convened to chalk out plans for a turn-around next season.

Forty-one-time champions Mumbai did not qualify for the knockout stage of Ranji Trophy this time.

The CIC had also met members of the senior selection committee.

“Basically, after speaking to the players and coaches of the Mumbai team, we studied various aspects about school, club cricket and how the MCA academy (in Bandra Kurla Complex) functions. After that we have noted some points which we will discuss with 6-7 former captains of Mumbai in the meeting. Current captain and coach of the team would also be present,” MCA sources told PTI. (ALSO READ: Shivam Dubey has to work hard on his fitness because he s not agile: Mumbai coach Vinayak Samant)

“There would be deliberations on how the players performed and how can issues facing them be rectified or solved. These former captains will guide us. We will also hold another such meeting with those related to club cricket,” the sources added.

It is learnt that among the ex-captains set to attend the meeting are Milind Rege, Sanjay Manjrekar and Sameer Dighe.

Players have raised issues related to the MCA Academy which would also be discussed in the meeting. “Mistakes have happened and we are keen to rectify it. Before the team departs for the Vijay Hazare Trophy, the association will again speak to players on an individual basis,” the sources added. 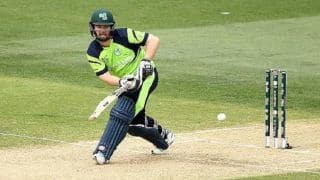