The wicketkeeper-batsman came under pressure in the match and played one of the most memorable innings on English soil. Pant (146) and Ravindra Jadeja (83 not out) played brilliantly to take India to 338/7 in 73 overs on day one of the match.

Birmingham: Rishabh Pant scored a remarkable century against England to put India in a commanding position in the rescheduled fifth Test match at the Edgbaston Cricket Ground in Birmingham. He got a lot of praise from all over the world for his innings and former Pakistan captain Rashid Latif even compared him to Brian Lara.

The wicketkeeper-batsman came under pressure in the match and played one of the most memorable innings on English soil. Pant (146) and Ravindra Jadeja (83 not out) played brilliantly to take India to 338/7 in 73 overs on day one of the match which proved to be very crucial for the team.

“He’s the Brian Lara of wicketkeepers. This match is taking place in Birmingham, the same place where Brian Lara scored 501 for Warwickshire. Pant has shown glimpses of that today. Pant has limited feet movement, but he can pick the ball really well,” Latif said on his official YouTube channel.

He stated that Pant showed bravery by taking on some top English bowlers. Latif also praised Ravindra Jadeja for complimenting Pant throughout the partnership.

The former Pakistan wicketkeeper said, “He let the ball come to him. 2-3 shots that he played towards midwicket against fast bowlers were outstanding. He played calculative cricket. England tried to put pressure with four slips and a gully, which meant there weren’t enough fielders outside. So he took his chances.”

“I would also credit Jadeja there. Normally, in such times, you can lose your partner at the other end. But he complimented him brilliantly,” he concluded.

When Panth came to bat in the first innings, India were at 98/5 in all sorts of trouble, staring at a total that would have been way less than what they expected. But Pant and Jadeja shared a counter-attacking stand of 222 runs off 239 balls, with Pant producing a knock that will be remembered for long, while Jadeja played the second foil to perfection.

England were stunned, bereft of ideas as Pant was spot-on with his targets to attack and then dominate a tiring bowling attack. The most audacious shot of the session was Pant dancing down the pitch and slapping James Anderson over his head for a fierce boundary. Jack Leach continued to be thrashed by Pant, striking back-to-back fours despite falling over once.

Pant got his century after diving for the second run-off of Stuart Broad. In the same over, Jadeja pushed to mid-on for a single, reaching his fifty. 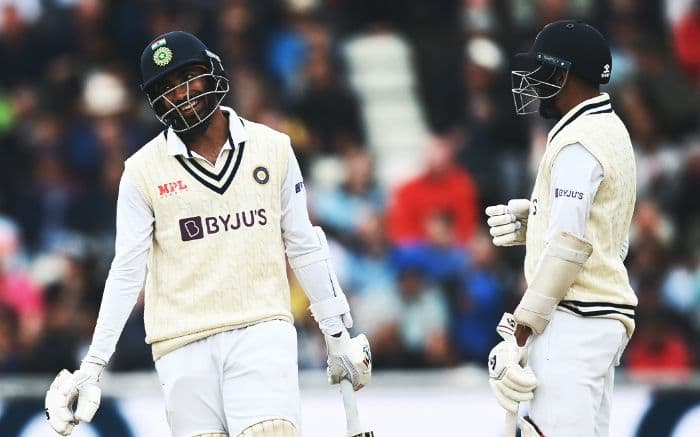