With Guptill not in the scheme of things, Williamson didn't rule out the possibility of opening the innings in the T20 matches.

The deflating ODI loss behind him, New Zealand captain Kane Williamson Tuesday said he is excited about the prospect of testing unheralded players against a “top” team like India in the T20 series starting Wednesday.

Williamson said with Martin Guptill ruled out due to a back injury, some rookie players will be in action in the three-match T20 series against India.

“Martin (Guptill) has been ruled out of the series because of a back injury. We have a different squad all together with some new faces. We are going to see some debutants throughout the series and it is really exciting,” the Kiwi skipper said on the eve of the opening T20.

“It’s a positive thing that a number of guys are getting opportunities to have those experiences against a fantastic Indian side.”

With Guptill not in the scheme of things, Williamson didn’t rule out the possibility of opening the innings in the T20 matches.

“At this stage we are going to look at the surface, we are not decided just yet. We are looking to pin down the balance. There are a number of all-rounders which will affect the positions I suppose,” he said when asked about New Zealand’s possible opening combination.

Williamson emphasised on the need to balance experienced pacer Tim Southee’s workload going into the World Cup which will start May 30 in the UK.

“Tim (Southee) has played a huge amount of cricket. He is a massive part of our side. He is a leader in the group,” he said.

Williamson said any form of international cricket against a quality side is good for the preparation of the team.

“Obviously it is the shorter version of what we can expect in the World Cup but it is another great opportunity to play international cricket against what is a very strong opposition. Any time you get opportunities to have those experiences it’s always good,” Williamson said.

“It’s (World Cup) not that far away now. Any opportunity you get to play in international cricket is beneficial. It’s (T20s) still an important fixture especially against a competitive side like India. So, I think all the people involved in the series will get a lot out of it.”

Williamson admitted that it is always tough to adapt from one format to the other in quick time.

“It is always a challenge to adapt from Test to ODI to T20. It does require adjustments in mindset. Whether it’s bowling or batting you need to try and adapt quickly,” he said.

“We would look to try and get things right in terms of executing our plans, we want to step up a little bit. Obviously, it’s a different format but it’s exciting that we have new group.” PTI SSC 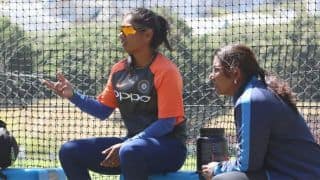 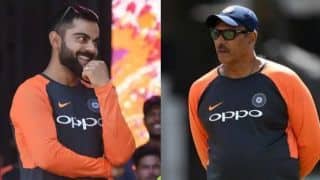