Raman insisted that there is no room for just 'exhibition' in the league as players in season 1 have engaged in some serious contests against each other and even expects the same in season 2.

New Delhi: Legends League Cricket (LLC) is one of the fastest growing T20 leagues in the modern era. In terms of popularity, it has become a global phenomenon which invites retired players to express themselves in the field again. From creating new bonds among former players to rekindling old rivalries, LLC has stamped their authority with season 1 and are looking to come back even stronger in season 2.

In an exclusive conversation with cricketcountry.com, co-founder Raman Raheja revealed how the league came into existence, the association of legends like Ravi Shastri and Wasim Akram with the league, the eagerness of Shoaib Akhtar to play against Virender Sehwag yet again.

On being asked about the idea behind the league, Raman said,”The idea was to extend the cricketing years of the retired cricketers. They may not be as fit as they were in their younger days, however, they can still compete against the set of players who possess same level of fitness.”

Raman also insisted that there is no room for just ‘exhibition’ in the league as players in season 1 have engaged in some serious contests against each other and even expects the same in season 2.

Raman also listed how the viewers missed out on a number of rivalries like Sehwag vs Shoaib and Kevin Pietersen vs Muttiah Muralidharan due to Covid. There was also a rumour that legend Sachin Tendulkar could be a part of LLC. However, Raman cleared the air on all speculations.

“Who wouldn’t to have the ‘God’ of cricket in LLC?. However, due to some reasons, we couldn’t get him.” Raman said.

The appointment of Ravi Shastri and Wasim Akram as the members of apex council also speaks volumes of the quality of cricket. On this aspect, Raman said,”We made a list of former cricket players who had a great body of work behind them. Fortunately, we were lucky to have Ravi and Wasim on board, who are even seniors to the legends who are playing the league.

“The responsibility of how the pitches are going to be, how to brief the match officials and everything was under the apex council and league commissioner Ravi Shastri. We also wanted to have Duleep Mendes (Director of Oman Cricket) as the third member of the apex council but due to Covid-19, it couldn’t happen.”

The step to introduce all women officials in the matches was welcomed by cricket fans and experts the world. On being asked about it, Raman said,”It was a step towards women empowerment in cricket and it will continue in the upcoming editions as well. We also appointed Jhulan Goswami as the brand ambassador for LLC, however, missed out on her presence here due to Covid.” I Will Teach Him A Lesson: When Rohit Sharma Got Upset With Shardul Thakur - Here's Why 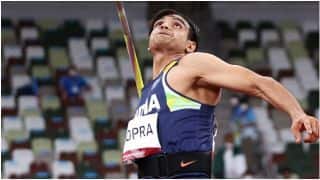