As Bangladesh defeated Pakistan to book themselves a place in the final of the 2018 Asia Cup, their fielding stood out.

As Bangladesh defeated Pakistan to book themselves a place in the final of the 2018 Asia Cup, the one thing that stood out most about their performance on Wednesday was the side’s fielding. Mushfiqur Rahim and Mustafizur Rahman were their stars with the bat and ball, but the victory couldn’t have been made possible had it not been for Bangladesh’s terrific work in the field.

The prime reason behind Pakistan’s inability to get a move on in the middle overs was because there was no room to rotate strike. Everytime they would do so, a fielder inside the circle would get to the ball in double quick time. Be it a dive, a stretch or the speed at which the Bangladesh fielders ran was an indication that they had their tail up the entire time.

“We are proud of our fielding today. We haven’t seen such quality in a long time. Hopefully we will continue our fielding like this. We still have to improve in our batting and bowling in some parts,” said Bangladesh captain Mashrafe Mortaza, during the post-match presentation ceremony.

Mortaza led from the front. Having reduced Pakistan to 18 for 3, the onus was once again on Shoaib Malik to get the innings back on the track, and the experiences campaigner did not disappoint, putting on 67 for the fourth wicket with Imam-Ul-Haq. It required a special piece of effort to end the stand, which is exactly what skipper Mashrafe Mortaza provided. He plucked the ball out of thin air to send back Malik and Bangladesh were on top again.

“I was lucky I didn’t drop that catch (of Shoaib Malik). He was in such good form and if he didn’t get out, he would have carried on,” Mortaza said. “We all know that India is a serious side and the number one side the world. We will be missing Shakib and Tamim but the boys have showed character and one match to go, and hopefully the boys will play hard.”

That said, Mortaza was equally high on praise for Mustafizur and Mushfiqur both of whom played crucial roles in their respective departments. Mushfiqur bailed the team out of trouble and fell one short of a century. And later, as Mustafizur provided the perfect start for Bangladesh sending back Babar Azam and captain Sarfraz Ahmed.

“Normally I start with the ball, but today we changed a bit with our bowling plan,” he said. “We started with Fizz and Mehidy. The bowlers have done a good job. Mushy batted so well and Mithun also batted well. At the end, the bowlers were brilliant.”

Named Player of the match for his innings of 99, Mushfiqur said it was important for Bangladesh to get a partnership after the top order was rattled by Pakistan pacers. From 12 for 3, he and Mohammad Mithun put on 144 runs, which is the highest fourth-wicket stand for Bangladesh against Pakistan.

“With the new ball and with the quality Pakistan bowling had we knew we might lose early wickets. It’s very important that I believed in myself and I spoke to Mithun that we need to build a partnership which was very crucial at that stage,” Mushfiqur said.

“The wicket was pretty good and we wanted to make sure we dig in through the first 10 overs. The credit goes to the way I practice and the preparation I do gives me a lot of self-belief. Whenever you are positive you take the right decisions more often and it helps a lot in my batting. Making the right decisions help me stay calm and my posture at the crease.” 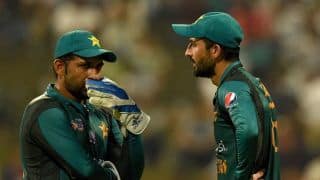 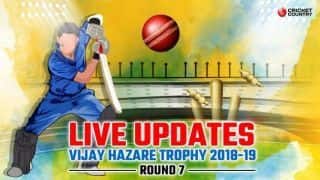