Back in November 2016, when Rabada had won South Africa the Perth Test, Faf had famously kissed the bowler.

Wait. Do not let the headline mislead you. Do not let the imaginative mind wander loose. The South African side is one happy and a tight unit. Yes, tight in every sense of the word thanks to skipper Faf du Plessis and his obsession in getting too close to his players. Kagiso Rabada has been a repeat victim.

Back in November 2016, when Rabada had won South Africa the Perth Test, Faf had famously kissed the bowler. Later, an elated Faf had announced in the press conference: “I am sleeping with him.”

Faf’s romance with the bowler seems to have no no end. Rabada was again kissed by his skipper after the latter got rid of Hardik Pandya in the first innings of the Cape Town Test.

Rabada’s impressive show in the Cape Town Test saw him climb to the No. 1 spot in the ICC Test Ranking. An elated Faf posted the 2016 picture on Instagram and wrote, “This is what you get when you become the nr 1 fast bowler in the world ,a massive (kiss emoticon). Well done @rabada_25 .You deserve it champion (sic).”

The bromance was getting too close for comfort. It seems like Rabada’s girlfriend has pulled up the red flag. Check Rabada’s epic reply.

Faf’s closeness (quite literally) to his players is being closely monitored by the internet trolls. 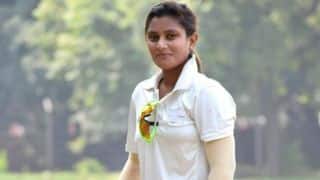 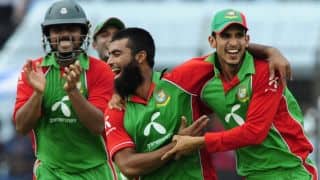