Faf Du Plessis Opens up on AB De Villiers' International Retirement: 'Friend in me Trumped The Captain in me'

Faf Du Plessis Opens up on AB De Villiers' International Retirement: 'Friend in me Trumped The Captain in

Du Plessis admitted that the South African team was not prepared for de Villiers retirement and as a captain, he was completely aware of it. 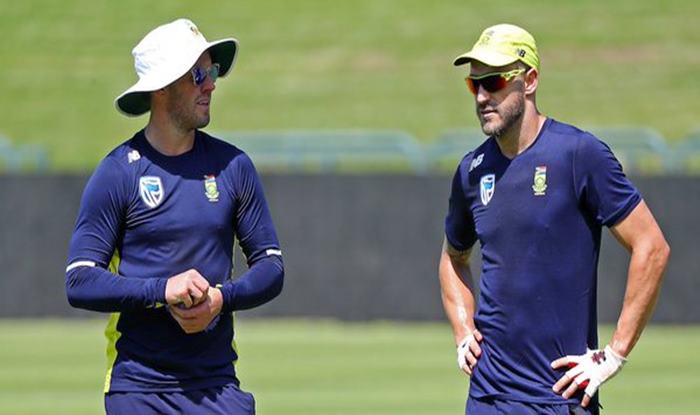 Former South African captain Faf du Plessis says his compatriot and good friend AB de Villiers’s sudden retirement in May 2018 from international cricket was ‘really tough for him’. De Villiers retirement came as a surprise for everyone including many as the former Proteas captain du Plessis who found it ‘incredibly hard to move forward without AB’ in their ranks. Du Plessis had recently got back into the groove in Test cricket after a spate of injuries kept him away from the longest format of the game in the past one year.

The 36-year-old de Villiers might yet make an international comeback, at least in the shortest format – T20 cricket. De Villiers’ announced his international retirement on the back of the infamous 2018 Test series against Australia in which he scored 427 runs at an average of 71.16. He was also expected to be an integral part of the South African side for the 2019 World Cup.

de Villiers and du Plessis are known to share a strong friendship that goes back to their days in age-group cricket. “When AB left, it was really tough for me because I depended a lot on him, as a friend, and obviously as the best player in the team; we needed his skills,” du Plessis told India spinner Ravichandran Ashwin in the latter’s YouTube show ‘DRS with Ash’.

“So that conversation was… when he said that to me, said he was done, he was finished with international cricket, as a friend, my first instinct was ‘I’m here for you, and I’ll support you, if you feel like you’re at the end of your career and you don’t want to do it anymore, then that’s okay – I support that decision 100 per cent’.

“As a captain, I was like – ‘how do we move forward without AB, how do we get the same performances?’ But the friend in me trumped the captain in me. And I just said, ‘we’re going to miss you, are you sure?’ He was like, ‘yeah, I am 100 per cent sure, I don’t want to play international cricket anymore. I don’t have the drive to do it anymore. So I am stopping’. “I respected that immediately and left it there. I never ever after that tried to convince him again, because I respected what he said. Even at times when we desperately needed him.”

The void left by de Villiers was starkly visible in the South African team at the 2019 ICC World Cup. They were swept aside in the group stages and in the months after he retired, Sri Lanka clean swept the Proteas at home in a two-Test series, then lost 3-0 away in India, and were beaten 3-1 by England at home.

Du Plessis stood down from the leadership role in February this year, after Quinton de Kock had already been named ODI captain.

“That for me was the hardest thing to do myself, purely because I’ve believed that being a leader is something that was part of my purpose. And I’ve always enjoyed captaining [more] than I have enjoyed playing. I think I am a good player, but I think I really come to the party when it comes to captaining,” du Plessis said. 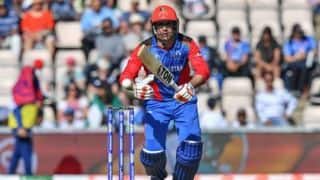 IPL 2020: Delhi Capitals Pacer Kagiso Rabada Wants to Bowl More at Training to Get Back Into Rhythm