Faf du Plessis believes his side could be on the verge of another impressive away series win if they maintain their recent form against England.

South Africa captain Faf du Plessis believes his side could be on the verge of another impressive away series win if they maintain their recent form against England. The Proteas head into Thursday’s third Test at The Oval all square at 1-1 in a four-match series following a thumping 340-run win in the second Test at Trent Bridge last week. South Africa have a proud away Test record. In their past 19 series they’ve won 13, drawn five and lost just one in India in 2015-16.

Their record under du Plessis is excellent, with just one defeat in 12 Tests when the 33-year-old batsman has been their captain. Du Plessis’s successes as a Test skipper include the Proteas’ 2-1 series win in Australia in 2016-17, with the hosts’ lone win coming when South Africa were already 2-0 up.

“The situation felt very similar,” du Plessis told reporters at The Oval on Wednesday ahead of what will be the 100th Test staged on the south London ground.

Last week’s defeat saw England subjected to some scathing media criticism, particularly from several of their own former captains, and du Plessis said it had been a similar story when South Africa were in Australia.

Du Plessis wants his side, bolstered by the return of fast bowler Kagiso Rabada banned from the second Test at Trent Bridge after swearing at Ben Stokes during England’s win in the series opener at Lord’s to turn the screw even further at The Oval. ALSO READ: A captain is as good as the team: Faf du Plessis redefines the norm

As for Rabada, du Plessis said: “I assume he’ll be raring to get that ball in his hand.”

Westley made a century for the second-string England Lions against South Africa at Worcester a few weeks ago a match where both du Plessis and key paceman Vernon Philander were absent.

“Well done to him for getting a hundred, but I can promise you the intensity of a warm-up game versus a Test match… he will play against a different attack tomorrow,” said du Plessis of the challenge awaiting England’s new No 3.

Du Plessis has won plaudits for his clear-sighted leadership since taking charge during the 2016 home series against New Zealand, with South Africa then having slid down the Test rankings.

But now they are second in the standings, with only India above them. In his time as skipper du Plessis has addressed contentious issues such as racial transformation head on, with the team’s run of Test success the best answer to critics of the policy.

“When I took over it was at a time of real darkness as a Test team,” du Plessis recalled. “I had a vision of where I wanted us to go and a blueprint for getting there. But getting there doesn t always happen – you have to be patient. Luckily things worked out a lot quicker than I thought they would. We won every series that we played in, and it was a good year for the team and my captaincy. As a young captain it s important to find your own style of captaincy. If you know you have the right people on board and the right processes hopefully the results will come.” 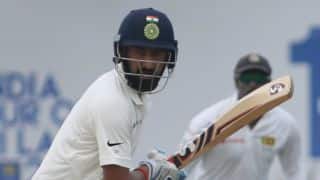 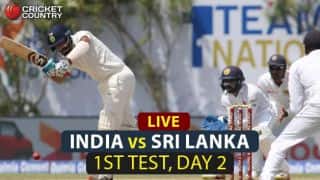