MSK Prasad, BCCI chairman of selectors, has blasted former India wicketkeeper-batsman Farokh Engineer for his controversial claims. Engineer, 82, has claimed he saw one of the Indian selectors at the ICC Cricket World Cup 2019 serving ‘cups of tea’ to Virat Kohli’s wife Anushka Sharma in England.

Prasad has dismissed Engineer’s claims as ‘false and frivolous allegations.’ “I feel sad for someone deriving sadistic pleasure out of indulging in petty talk, thereby demeaning and disrespecting the selectors and wife of Indian captain through false and frivolous allegations,” Prasad told PTI on Thursday. “Someone at the age of 82 should reflect maturity and enjoy the progress of Indian cricket from his time to the current day.”

However, Engineer has apologised to Anushka saying he made those ‘remarks in a jest’. “I just said it in a jest and it’s being made a mountain out of a molehill. Poor Anushka has been dragged into it, she is a lovely girl. Virat Kohli is a brilliant captain and coach Ravi Shastri is extremely good. The entire matter is being blown up unnecessarily. It turned out to be a selector as he was wearing an all India blazer,” he told Republic TV.

Engineer, who played 46 Tests and five ODIs between 1961 and 1975, feels the presence of a strong-headed Virat Kohli has ensured selection isn’t a worry for the Indian cricket team while questioning the qualifications of the current selectors. “Let’s not forget that this selection committee has been appointed by BCCI through a proper process in an AGM,” Prasad said. 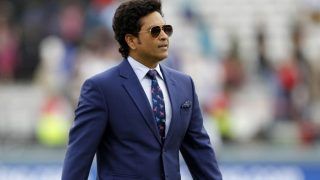