The state cricket team had reached the quarterfinals of Ranji Trophy last season.

Jammu: Dec 10, 2014
Chief of Jammu and Kashmir Cricket Association and former Chief Minister Farooq Abdullah today congratulated Parvez Rasool-led state cricket team for their historic win over 40-times Ranji champions Mumbai in a league match.In his message from London, where he is at present undergoing treatment, he said, “It is great to know that our cricket team is doing very well, your victory over Mumbai has added a new chapter in the cricket history of the State.

“I hope and pray that you continue with this winning spree in the remaining matches as well.”

The message was circulated by media unit of the state cricket association which said that Abdullah has congratulated the Parvez Rasool-led state team for a comprehensive victory over Mumbai in Mumbai in their first Ranji trophy match of the season.

The state cricket team had reached the quarterfinals of Ranji Trophy last season. J&K also had a successful run in the recent one-day matches defeating Delhi, Haryana and Services teams. 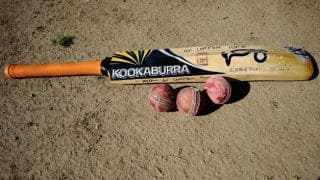 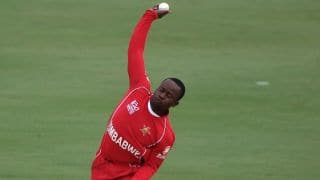