The JKCA elections are slated to be held on May 12.

Union Minister Farooq Abdullah said he will not seek another term as president of Jammu and Kashmir Cricket Association (JKCA) in the elections to be held on May 12.

“I don’t want to stand for (post of) the president this time. I want someone else should come. I have contested enough elections,” Abdullah, who has been heading the JKCA for over three decades, said.

Abdullah said he has called for elections on May 12 following court directions to this effect.

“A new body of JKCA has to be formed. The minutes of the last meeting have to be approved by the working committee and the account of finances has to be approved,” he said.

Asked about some members complaining that they were not taken into confidence before elections were announced, Abdullah said “I want a new committee is formed as soon as possible so that the affairs of the association are managed.”

He said the show was being run solely by the in charge general secretary of the JKCA Mazoor Wazir “who is also now tired”.

“I have got directions from the court as president (of JKCA) to conduct the elections at the earliest,” he said.

On the progress in investigations into the multicrore scam that surfaced in the JKCA last year, Abdullah said the investigations are ongoing and the embezzled money will be recovered.

Commenting on his long tenure as head of JKCA, Abdullah said he has done his best for the game in the state.

“Whatever we could do, we have done. I can’t get the stars. Nor can I get angels who would not be corrupt. We tried to develop the infrastructure … we tried that a stadium comes up in Jammu. But what can we do!” he added. 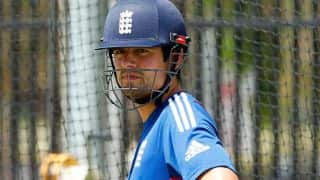