Family and friends welcomed Australia's decision to give citizenship to Pakistan's Fawad Ahmed, hoping the leg-spinner gets the chance to wreak havoc on England's batsmen during the Ashes. 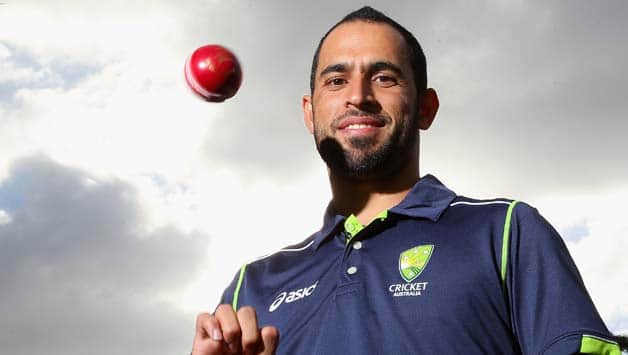 Family and friends welcomed Australia’s decision to give citizenship to Pakistan’s Fawad Ahmed, hoping the leg-spinner gets the chance to wreak havoc on England’s batsmen during the Ashes.

Ahmed, 31, played just 10 First-Class games in Pakistan with little success and sought political asylum in Australia claiming death threats from the Taliban because he was involved in a charity promoting women’s education.

He could now feature in Australia’s effort to reclaim the Ashes, starting in Nottingham from July 10, after his bid for citizenship was accepted Tuesday.

“This means trouble for England because if you look at England’s past record as recently as 2012 they were bamboozled by our spinner Saeed Ajmal,” said Sajjad, referring to Ajmal’s 24 wickets in Pakistan’s 3-0 rout of England in the United Arab Emirates.

Sajjad, a property dealer, said he hoped Ahmed’s troubled days were over for good.

“He called after getting the good news and talked to my mother,” he said.

“My brother has suffered a lot and now he has got what he deserves, something we could never have dreamt of a few years ago.”

The former refugee played for Australia A last month in England and selector John Inverarity has indicated he will be considered for the Ashes squad.

The possibility of playing for his new country opened up after the Australian government moved amendments to the Citizenship Act through the upper house of parliament to help fast-track his application.

The legislation allows the immigration minister to apply shorter residential requirements on some citizenship applicants, such as elite athletes with the potential to represent Australia.

Before leaving Pakistan, Ahmed played cricket with his two brothers at a graveyard because there were very few proper cricket pitches in his home town Swabi.

Aamir Nawab, president of the local regional cricket association in the area, said Ahmed was talented enough to make his mark.

“Ahmed is a very good spinner and it’s sad that he didn’t get a chance to play for Pakistan,” said Nawab, revealing that more players from his region now aspire to play for Australia.

“Ahmed’s case will open more avenues for those who get discouraged in Pakistan,” he said.

But Fawad’s case is rare, said former Pakistan paceman Jalaluddin, the first bowler to achieve a hat-trick in one-day cricket history, taken against Australia in 1982.

“Maybe a few others aspire to migrate to Australia but cricket there is very tough,” said Jalaluddin, who goes by one name and is also coach of Pakistan Customs for which Ahmed played in the mid-2000s.

“Fawad wasn’t as good as he looks now. Maybe he has done some hard work and improved his bowling in Australia,” he said.

One of Ahmed’s cousins, talented leg-spinner Yasir Shah, who played a one-day match for Pakistan in 2011, also agrees that he has a good chance of making it big.

“Ahmed’s height is his advantage and he can baffle England batsmen in the Ashes,” said Shah.
And the prospect of playing for Pakistan with Ahmed in Australian colours delights him.

“If that chance comes, I will make fun of his bowling and warn him not to bowl against us, we are good players of spin, unlike the English.”