Pakistan asylum-seeker Fawad Ahmed expressed his delight after picking up three wickets in Australia’s 27-run victory over England in the second T20 at Chester-le-Street. 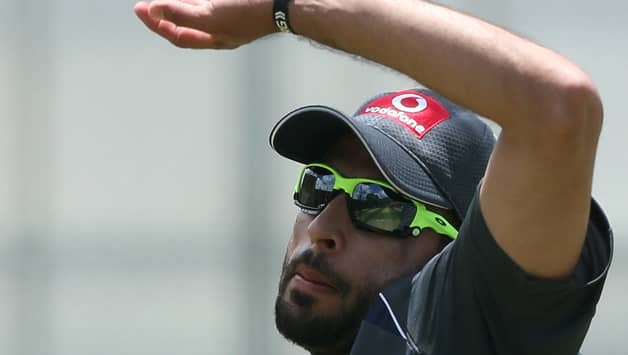 Fawad Ahmed expressed his delight after picking up three wickets in Australia’s 27-run victory over England in the second T20 at Chester-le-Street.

“I was always praying and making prayers that I would play for Australia and play good cricket and that was the moment,” Ahmed said, according an AAP report published by www.ninemsn.com.au

“… The dream has come true. I’ve waited for a long time to be included and been through a really tough time since I start my cricket. It was a great moment for me and I’ll remember this forever in my life.”

“There is a big series coming up against India (in October) as well so I’m looking forward to the limited overs,” Ahmed said.

Ahmed was optimistic about working hard and making it to the Test squad for the return Ashes in November.

“If I’m having a chance in the future for the Ashes that’s all well and good. I’m pretty hopeful I’m going to play good cricket for Australia in all formats for the next few years but it’s really hard to compare me with Shane Warne. Australian people are used to having a Shane Warne in their side.”

Fawad while praising Nathan Lyon said, “Nathan Lyon has bowled really well in the Test cricket as well but they’re still expecting someone like the Shane Warne. It’s not going to be like that.”

Ahmed fled to Australia from Pakistan in 2010 as an asylum seeker after receiving death threats for supporting women’s rights. After a change in government legislation allowed his citizenship to be fast-tracked earlier in June, he was eligible to play for Australia.

Ahmed thanks the supporters in Australia as well as back home in Pakistan who have backed him throughout.

“The whole nation is with me, even back in Pakistan everybody is really supporting me,” he said. “And in Australia’s it’s amazing. The way the people love me, Cricket Australia, the government. My morale is getting higher and higher every day.”

Saqlain Mushtaq to return as spin bowling coach of Bangladesh