Uncapped Australian leg-spinner Fawad Ahmed is likely to debut in the first T20 International against England at Southampton on Thursday. 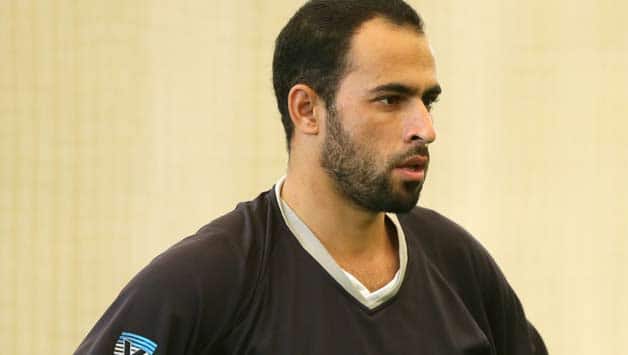 Uncapped Australian leg-spinner Fawad Ahmed is likely to debut in the first T20 International against England at Southampton on Thursday.

“I think depending on the wicket, if they’re as dry as some of the Test match wickets, he’d be a chance and he’d be in the mix,” Australian skipper George Bailey was quoted as saying by Australian Associated Press.

Ahmed is likely to get his due as he is in the squad for Australia’s two-match T20 series and the five-match ODI series.

Ahmed was selected late into the squad for the recently-concluded Ashes. However, due to complications over his citizenship, Ahmed was drafted into the Australia A side to play in United Kingdom and South Africa. Ahmed couldn’t leave a lasting mark with his performance except in the one-day matches where he picked four wickets each against South Africa A and Zimbabwe.

“For him, I think it’s as much about settling in and playing cricket rather than… the hype about where he’s come from and that sort of stuff. So far the focus has been on his four-day and Test match bowling so to get him to develop his skill set for short form will be really important,” Bailey said ahead of the match.

Allan Border asks Australia to have attitude like James Faulkner