Fawad Ahmed, the Pakistan-origin Victoria legspinner, has retired from first-class cricket with hopes of an international recall for the 2019 ICC Cricket World Cup.

Having not played for Australia since 2013, Ahmed has decided to shelve red-ball cricket for Victoria to boost his chances of pressing for international selection, even though he is not part of the side set to play two T20Is and five ODIs in India later this month.

Ahmed’s decision Tuesday calls time on his first-class career with Victoria, for whom he claimed 156 wickets since he was granted permanent residency in 2012.

“I’m a cricket ’nuffie’ so it was pretty hard for me. I love four-day cricket,” he told cricket.com.au. “The way I train and the way I love the game – I have spent hours and hours in the nets and enjoyed my time both on the field and off the field. It was a very tough decision, but that was the (best) available option and that was the future looks like. There is an end for everything.

“I still love the game one-day, T20 or four day cricket but for me the only available option was white-ball cricket so I’m going to continue to play 50-overs and T20.”

Ahmed, 37, played three ODIs and two T20Is for Australia between August-September 2013 after moving up the ranks Melbourne club cricket to the Big Bash League and then Sheffield Shield cricket. Born in Pakistan’s North-West Frontier Province, he fled the country and sought asylum in Australia.

His success as a viable legspin bowler in a country searching for a replacement for Shane Warne saw Ahmed make it to Australia’s limited-overs first XIs as well as the Test squad. Though it has been over five years since he last played international cricket, he hopes to make Australia’s ODI squad for five matches against Pakistan in the UAE next month – the last five games before the World Cup in England.

“If I get selected against Pakistan, that would be great. I’m not expecting anything but if something came up, I’ve been bowling really well for the last few years,” he said. “Performance-wise I’m in a good position and fitness-wise I’m pretty good as well. If something like that came up, it’d be nice to play with my teammates again, otherwise I’m very grateful for what I’ve had over the last six-seven years here in Victoria.”

In the ongoing BBL, Ahmed claimed 13 wickets for the eliminated Sydney Thunder, going at 7.02 per over. He will now play for Quetta Gladiators in the Pakistan Super League starting February 14. 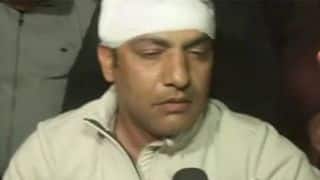 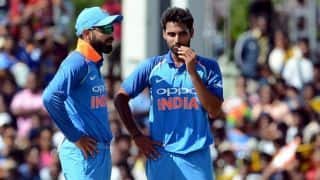