The FICA on Monday extended its support to the ACA and its members in their pay dispute with Cricket Australia (CA).

Mumbai: The Federation of International Cricketers Associations (FICA) on Monday extended its support to the Australian Cricketers Association (ACA) and its members in their pay dispute with Cricket Australia (CA). “FICA is concerned with CA’s desire to end the percentage revenue sharing model that has so successfully underpinned the partnership between the players and administrators in Australia for twenty years,” FICA said in a media statement. “The model has not only been hugely successful for Australian cricket but has been a model of best practise adopted by associations in cricket and other sports, worldwide,” the statement said. Sutherland refuses to intervene in pay dispute between CA and ACA

According to FICA, 230 professional cricketers, whom it represents, have been rendered unemployed following the ending of the Memorandum of Understanding (MOU) between the players and CA and the failure of the latter to negotiate a new agreement with the ACA based on the same partnership principles of the previous MOU. “FICA is also seriously concerned with CA’s approach to its dealings with the ACA throughout this ongoing process. FICA commends the ACA and the Australian players for their unity and resolve and for their consistent attempts to negotiate with CA in a professional and transparent manner, including their willingness to use independent mediation to reach a resolution,” the statement said. Warner, Finch take subtle dig at Cricket Australia over pay dispute

The cricketers’ federation said CA has given indications that it may attempt to restrict now un-contracted players from competing in other cricket events by refusing to grant them a No Objection Certificate (NOC) or threatening them with future playing bans and has opposed it. “FICA reiterates its strong opposition to any artificial restrictions that unfairly attempt to prevent players from earning a living and that have not been agreed with players or their representatives. FICA believes that such restrictions would be open to legal challenge in most jurisdictions as a restraint of trade,” the statement added. Australia A likely to boycott SA tour if MoU not signed

“The players are the game. History has shown that where country boards work in genuine partnership with players and their representatives the game thrives and succeeds. Cricket is at a crucial moment in its history, with new and competing markets for players, fans and broadcasters. I believe that boards should be working more collaboratively with players in the current cricket landscape, not pushing them away,” said FICA chief, Vikram Solanki. Australia A consider South Africa tour boycott due to unreasonable pay deal

“FICA and its member associations stand shoulder to shoulder in support of the ACA and the Australian cricketers in their current dispute with their board. As an important stakeholder in the game, players and their associations deserve to be treated with professionalism and respect. It is in the interests of everyone in the world game that the situation in Australia is resolved quickly and in a manner that is acceptable to the players collectively,” said Tony Irish, FICA Executive Chairman and SACA CEO.

Former South Africa skipper and FICA Independent Board Member Graeme Smith said, “I was part of a revenue share partnership model for many years as a player and this was a critical factor in fostering the relationship between Board and players. In the current cricket environment where players have other options I don’t understand why a board would want to change a partnership that has proved to be successful.”

“It has been heartening to see the unity shown from the male and female players across Australia at a time when they have come under immense pressure. I know there is a lot of support around the world for the principled stance they are taking to maintain a genuine partnership for all players, not just a few,” said Lisa Sthalekar, FICA Independent Board Member and ACA Executive Member. 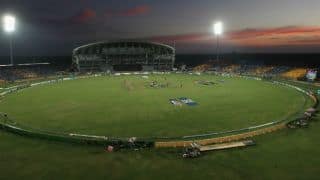 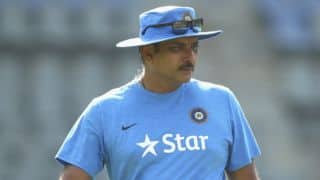