For now, both are concentrating on their work and doing exceptionally well in their respective fields. All we can hope is that the two solve their differences and everything gets fine between them once again.

One of the cutest and most high-profile couples, Virat Kohli and Anushka Sharma s relationship has apparently once again hit a rough patch. The two, who have shared an on-off relationship thus far, have never quite admitted it in the public. However, both have been spotted together on numerous occasions and clicked by the paparazzi. The couple has remained a media darling ever since it came together and has invariably found a mention in the news every now and then. Only a few days back, it was reported that Kohli and Anushka have developed some strains in their relation due to marriage offer by the former and also over Anushka s professional assignments.

It was also reported that the couple had decided to split as the differences seemed irreconcilable. However, a few days later, the two of them were once again spotted together during the ninth season of Indian Premier League (IPL), triggering a series of meetings which were well covered by the media. Since then, according to the media reports, the couple has been going strong. But if a recent report by BollywoodLife.com is to be believed, Kohli and Anushka have once again developed some issues in their relationship. The reasons mentioned in the report are Indian Test captain s alleged possessiveness for Anushka and the persistent demand of getting married soon. The issues apparently have left Anushka unhappy.

The report claimed that Anushka has finally opened up on her relationship with Kohli while speaking to a leading magazine. It quoted her as saying, I won t hide (the relationship) behind dark car windows or use the back entrance, but I won t talk about it because it eclipses everything else I do or say. The statement from Anushka suggests that the reason she does not want to make her relationship with star Indian cricketer public is because it will then perhaps overshadow their work. Both are young and doing extremely well in their respective careers. Hence, it is only apt they focus on their work right now rather than get distracted by making the relationship public.

Anushka, who has had a super year so far with the success of Sultan, is now busy shooting for her next where she is cast opposite Shah Rukh Khan. The movie, which is titled The Ring , is being made by star director Imtiaz Ali. On the other hand, Kohli too has had a stupendous year, starting with an extremely successful tour of Australia, followed by prolific run making in T20s and now success in Tests, where he has led India to the No. 1 ranking in the world. For now, both are concentrating on their work and doing exceptionally well in their respective fields. All we can hope is that the two solve their differences and everything gets fine between them once again. 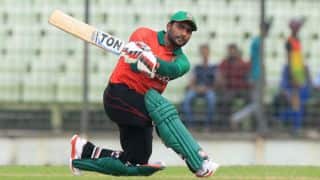 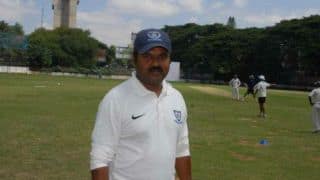