New Delhi: The first National Conclave on Blind Cricket was held on 9th March in New Delhi by Cricket Association for the Blind in India (CABI) in association with Induslnd Bank. The Conclave was inaugurated by Mahantesh GK, President of World Blind Cricket and CABI, former Indian Cricketers Syed Kirmani, Madan Lal, Bishen Singh Bedi and Ajay Jadeja, Chetan Chauhan, Minister of Sports and Skill Development in UP and Mrs Swathi Singh, Minister of Women and Child Welfare, UP.

Chetan Chauhan congratulated the Indian Blind Cricket Team on winning the World Cup and offered his full support to the Indian Blind Cricket Team in providing them jobs, which has been a recent initiative of his government. He also highlighted the fact that his government was in the process of approving the proposal of honouring disabled sportsmen.

Ajay Jadeja, on this historic occasion, said that information about blind cricket should reach every section of the society, including school going children and everyone should experience playing this game. Madan Lal advised the Team to practice continuously, to work hard and be focused on the game. Syed Kirmani recollected how in his time many facilities were not available for cricket. But passion and will power enabled him to be a part of the Indian Cricket Team. Bishen Singh Bedi assured all support to the team through his trust.

After a light-hearted session with the legendary cricketers, there were lively sessions with the media and the corporate world.

Real life stories were shared by some blind cricketers. The conclave concluded with felicitation to the Blind Indian team, champions of the 5th ODI Blind Cricket World cup. 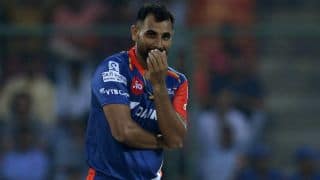 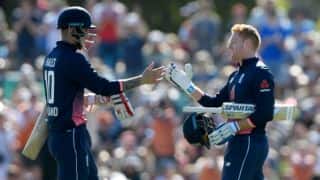